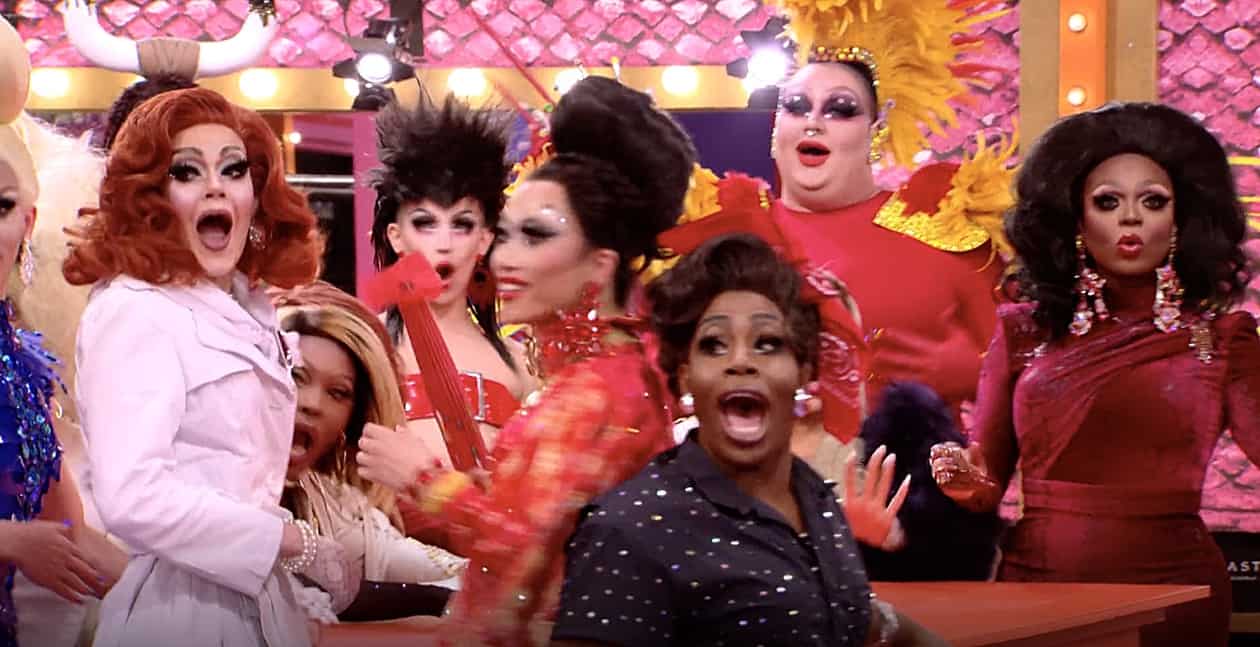 RuPaul’s Drag Race Season 10 doesn’t premiere until this Thursday, but you can watch the first moments when the queens enter the workroom right now.

Eureka O’Hara from Johnson City, Tennessee is first to enter, flaming and feathered, followed by Asia O’Hara of Dallas, who says she’s a “versatile” queen.

Miz Cracker from New York City is next to enter. “I’m thin, I’m white, and I’m very salty….just like the snack and the racial slur. Barbie on bath salts.”

Yuhua Hamasaki, another New Yorker, enters next, giving Miz Cracker a hug. “We know each other.”

Next comes Blair St. Clair the “Broadway diva extraordinaire” from Indianapolis, “the first Indy queen to be on the show.”

“I’m just here to sweep up the competition, girl,” says Monét X Change from the Bronx, entering with a broom. Monet also knows Miz Cracker from the Big Apple.

Kameron Michaels, a “muscle queen” from Nashville enters next.

Mayhem Miller from Riverside, California is next. “I auditioned year after year after year. It took me forever to get here. I’m here. I ain’t goin’ nowhere. I need a bitch to move out of my way so I can get my money.”

Kalorie Karbdashian-Williams who is “sass class and a whole lot of ass” from Albuquerque, New Mexico comes next, followed by Monique Heart from Kansas City, Missouri.

“She’s gonna give you the ooh aah ahh sensation, honey.”

“I’m just here to fight,” says The Vixen from Chicago, stomping in with horns. “When I’m on stage I give you earth, wind, and fire.”

Vanessa Vanjie Mateo from Tampa brings in her cookies “like a hooker on Rodeo Drive” leaving one queen left.

And she’s from Brooklyn. Aquaria. “I am a superstar. I’ve been told that everyone in the room knows exactly who this bitch is.” Aquaria and Miz Cracker are the show’s biggest rivals IRL and it’s on.

Finally RuPaul enters with the first challenge, “a decade in the making.” The show’s previous winners will be involved.

“This season our mission is simple. To take over the mother-tucking world.”