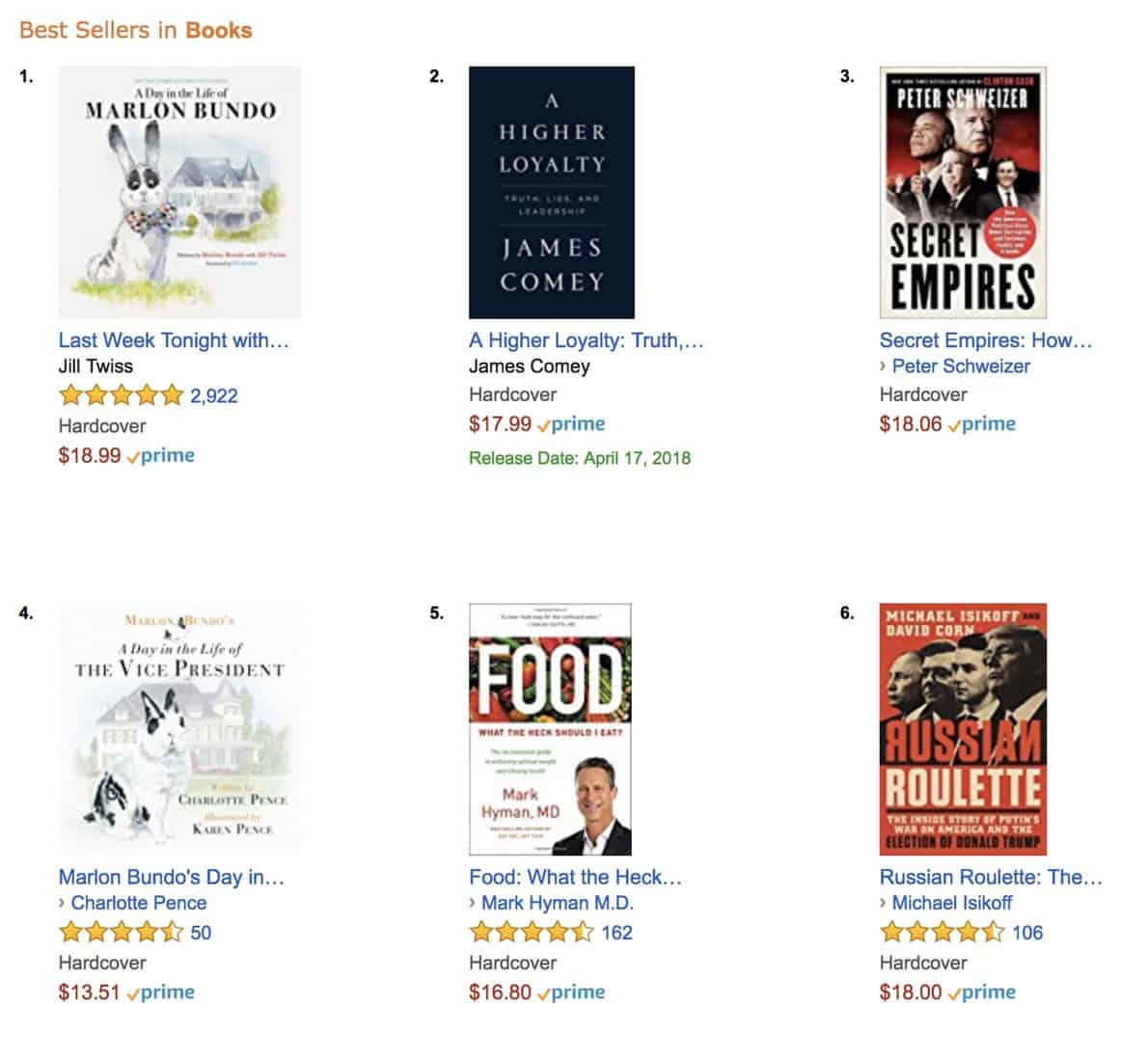 Oliver created the book to draw attention to the vice president’s hideous record opposing LGBT rights and his support for gay conversion therapy. Proceeds from the book go to the Trevor Project and AIDS United.

The audiobook, with voiceovers by Jim Parsons, Jesse Tyler Ferguson, Ellie Kemper, RuPaul, and John Lithgow, sat at #1 on the audiobooks list on Tuesday morning as well.

Said Oliver, introducing the book on Sunday night: “It turns out in a complete coincidence, we also wrote a book about Mike Pence’s rabbit that is also being published. In fact, while his is out tomorrow, ours is being released right now…You’ll notice right away that our rabbit has a bow tie, so there’s that. Also, our story is about Marlon Bundo falling in love with another boy rabbit, because our Marlon Bundo is gay. Just like the real Marlon Bundo.”

Charlotte Pence, the vice president’s daughter and the author of the Pence book, found some humor in the situation. She posted a photo to her Twitter account of Marlon Bundo wearing the bow tie pictured on the cover of Oliver’s book, which was a repost of a photo also posted to Marlon Bundo’s official Instagram page.

Read the caption: “@LastWeekTonight Not gonna lie, I do look pretty fly in a bow tie. The only thing better than one bunny book for charity is…TWO bunny books for charity. #BOTUS – Marlon”

#instagram #repost #marlonbundo: @LastWeekTonight Not gonna lie, I do look pretty fly in a bow tie. The only thing better than one bunny book for charity is…TWO bunny books for charity. #BOTUS – Marlon pic.twitter.com/VpDdpRZoOr