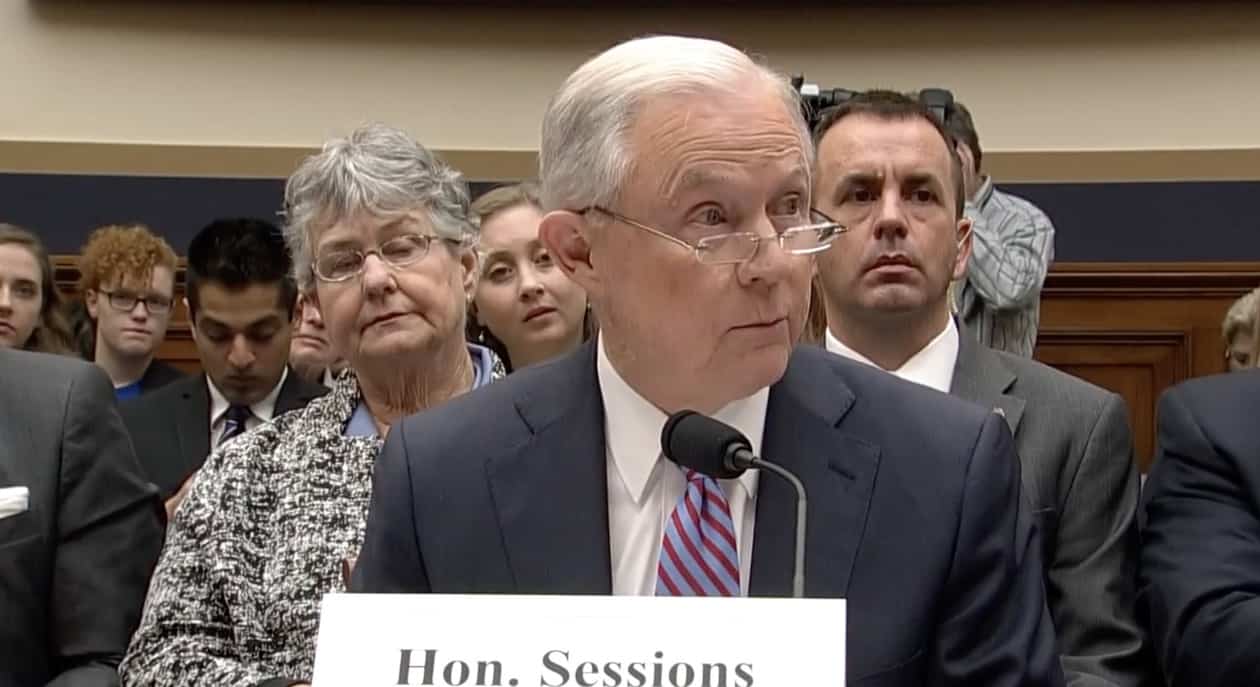 Attorney General Jeff Sessions’ testimony to Congress that he opposed a proposal by former campaign adviser George Papadopoulos that the Trump campaign meet with Russians has been contradicted by three people who have been interviewed by Special Counsel Robert Mueller, Reuters reports:

Sessions, through Justice Department spokeswoman Sarah Isgur Flores, declined to comment beyond his prior testimony. The special counsel’s office also declined to comment. Spokeswomen for the Democrats and Republicans on the House Judiciary Committee did not comment.

Reuters was unable to determine whether Mueller is probing discrepancies in accounts of the March 2016 meeting.

The three accounts, which have not been reported, raise new questions about Sessions’ testimony regarding contacts with Russia during the campaign.

Sessions told Congress that he “pushed back” against the proposal, but the three witnesses who spoke with Reuters said he offered encouraging words.

Trump looked at Sessions, as if he expected him to follow up with Papadopoulos, and Sessions nodded in response, the authors write. Sessions has said he has “no clear recollection” of the exchange with Papadopoulos. A White House official said that others at the meeting remember it differently than Papadopoulos.