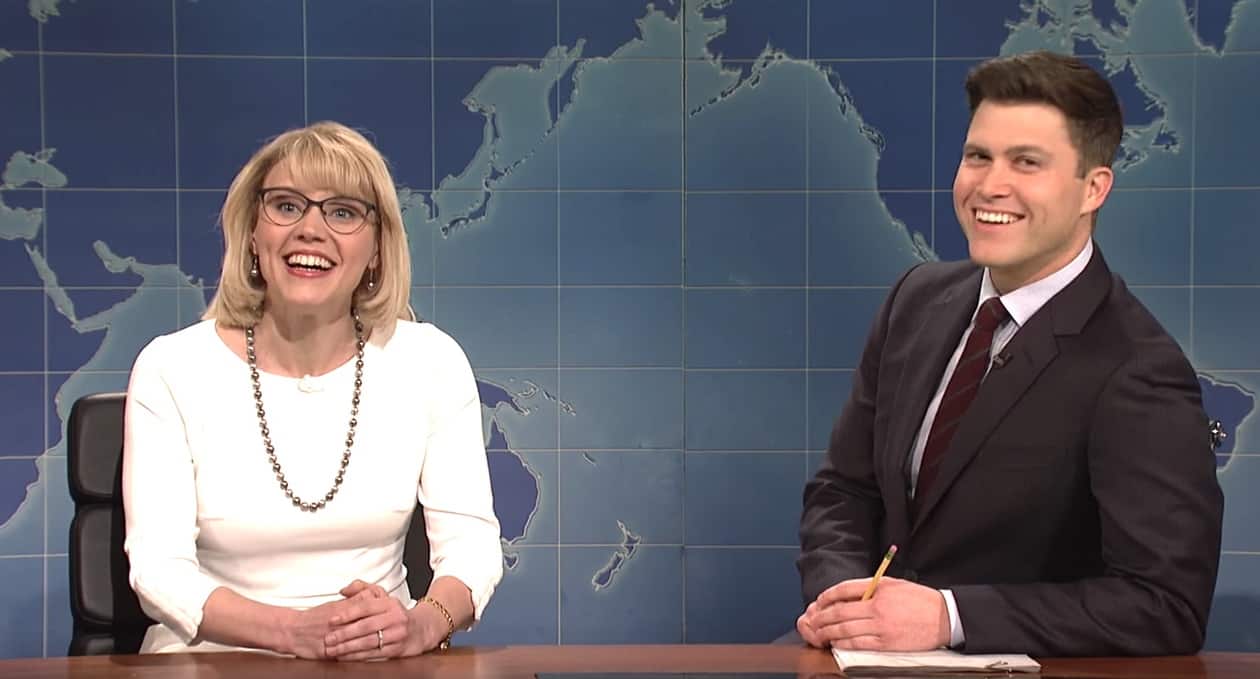 And she had an explanation for the 60 Minutes flop: “I think the problem is that the words that were coming out of my mouth were bad, and that is because they came from my brain.”

Jost asked McKinnon’s DeVos what she though of public schools vs charter schools.

Replied McKinnon’s DeVos: “I don’t like to think of things in terms of school. It should be up to the states. In Wyoming for example, which has many potential grizzlies there should be a school for bears. And in Louisiana, crocodile crossing guards. And in North Carolina, stop being trans. And that’s what’s best for them. That’s their choice.”

Asked why she’s the most protested member of Trump’s cabinet, McKinnon’s DeVos replied: “I think it’s because I don’t do a good job and I can’t because I don’t know how.”