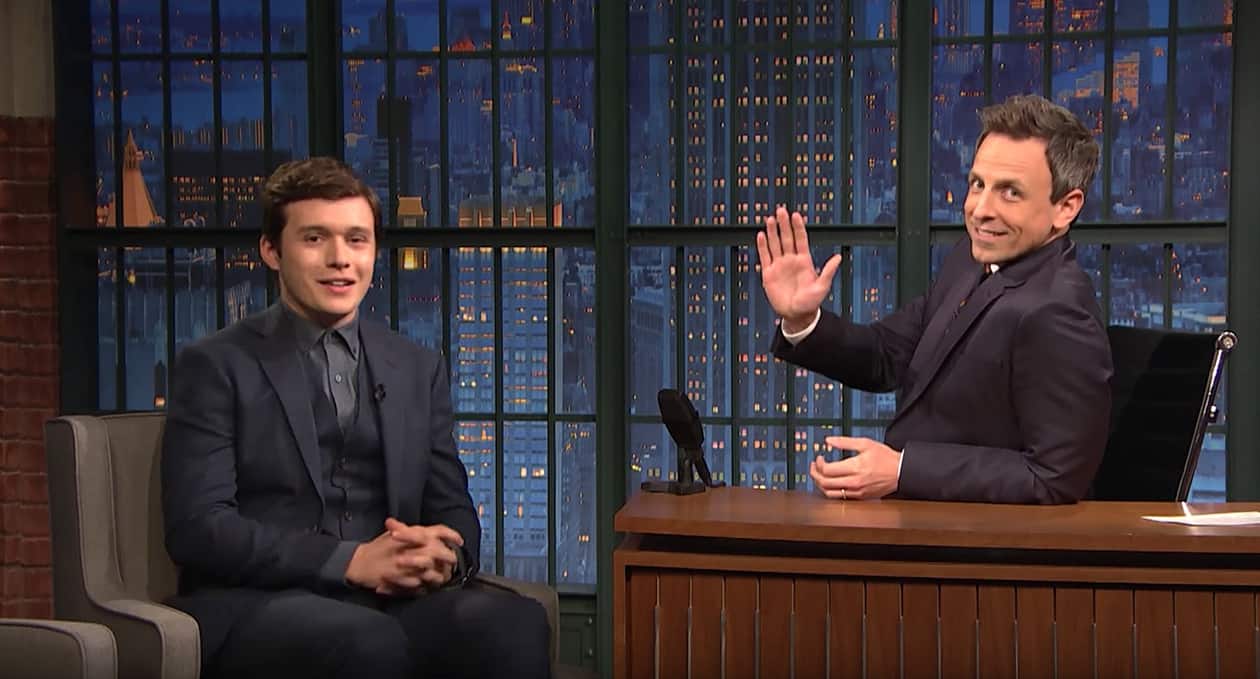 Nick Robinson, the star of the gay coming-of-age coming-out romance Love, Simon, which comes out on March 16, sat down with Seth Meyers on Late Night last night.

WATCH THIS NEXT: Dad Makes His Gay Son a Shocking Grindr Offer in New Clip from ‘Love, Simon’ – WATCH

Said Robinson to Meyers: “There’s never been a film exactly like this. A lot of the time when you have a character of this nature he’s going through something, he’s emotionally challenged in some way. This is really just sort of a coming of age high school film for everyone.”

Robinson also talked about what he learned from Berlanti, and their trip to musical theater piano bar Marie’s Crisis in New York City’s West Village.

The online element of the film brought them to a discussion of social media and MySpace and high school experiences with the internet, favorite films, Robinson’s co-stars, and other various topics.

Isaac Aptaker and Elizabeth Berger, who co-executive produce the new NBC show This Is Us, wrote the script.