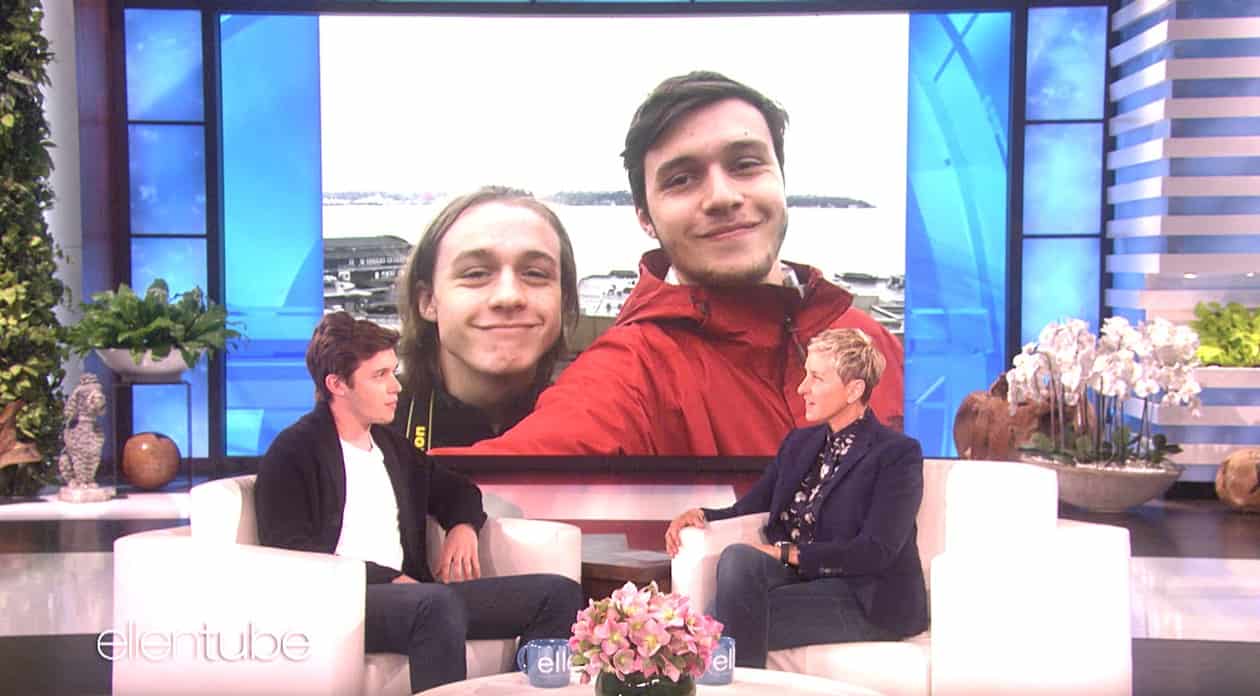 Nick Robinson, the star of  the new gay coming-of-age coming-out romance Love, Simon, sat down with Ellen to talk about the film, his family, and the fact that his brother came out while he was shooting the film.

“He came out around the same time we started filming,” said Robinson.

When asked if he came out because of the movie, Robinson replied:

“I’m not sure. I think that he had been dealing with this for a long time and this was – I think the timing was sort of coincidental but one of the best things that came out of this movies is just being able to talk to him. I think that’s the strength of a film like this is that it starts conversations, and I hope that it can do that for more people.”

Ellen asked Robinson if he hesitated at all about playing a gay character:

“It was a conversation with Greg [Berlanti], our director. We went back and forth we talked about it. With a project like this, and especially today, there’s been so much progress in the last 20 years, a lot of which is thanks to you and what you’ve done. If you hadn’t come out when you did we might not be having this movie now.”