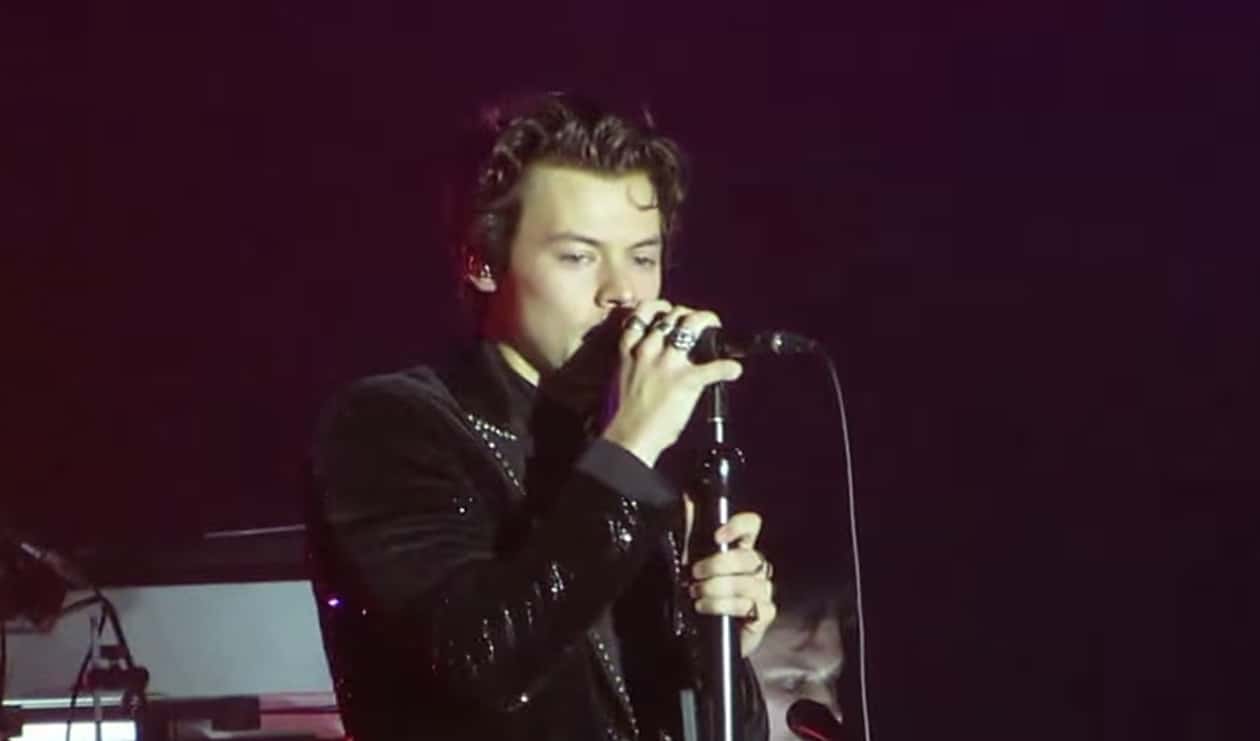 Harry Styles sent fans into a frenzy on social media after performing his new track “Medicine” at a gig on Sunday in Basel, Switzerland.

The track features the lyrics

“The boys and the girls are here / I mess around with them / And I’m okay with it / I’m coming down / I figured out I kinda like it / And when I sleep I’m gonna dream of how you tasted.”

Styles also sounds like he’s saying “him” rather than “them” during the performance. Listen to part of it here:

Though he has been parading a rainbow and transgender flag on stage during concerts, Harry Styles was tight-lipped when asked about his sexuality in an interview with UK tabloid The Sun published in May.

Styles also told a French talk show that he sees LGBT equality as something that’s “fundamental” and not political.