ABBA has reformed after more than three decades and recorded two new songs that are due out for release this year.

Wrote the group on Instagram: “We all four felt that, after some 35 years, it could be fun to join forces again and go into the recording studio. So we did. And it was like time had stood still and that we only had been away on a short holiday. An extremely joyful experience!”

One of the tracks is called “I Still Have Faith In You”. 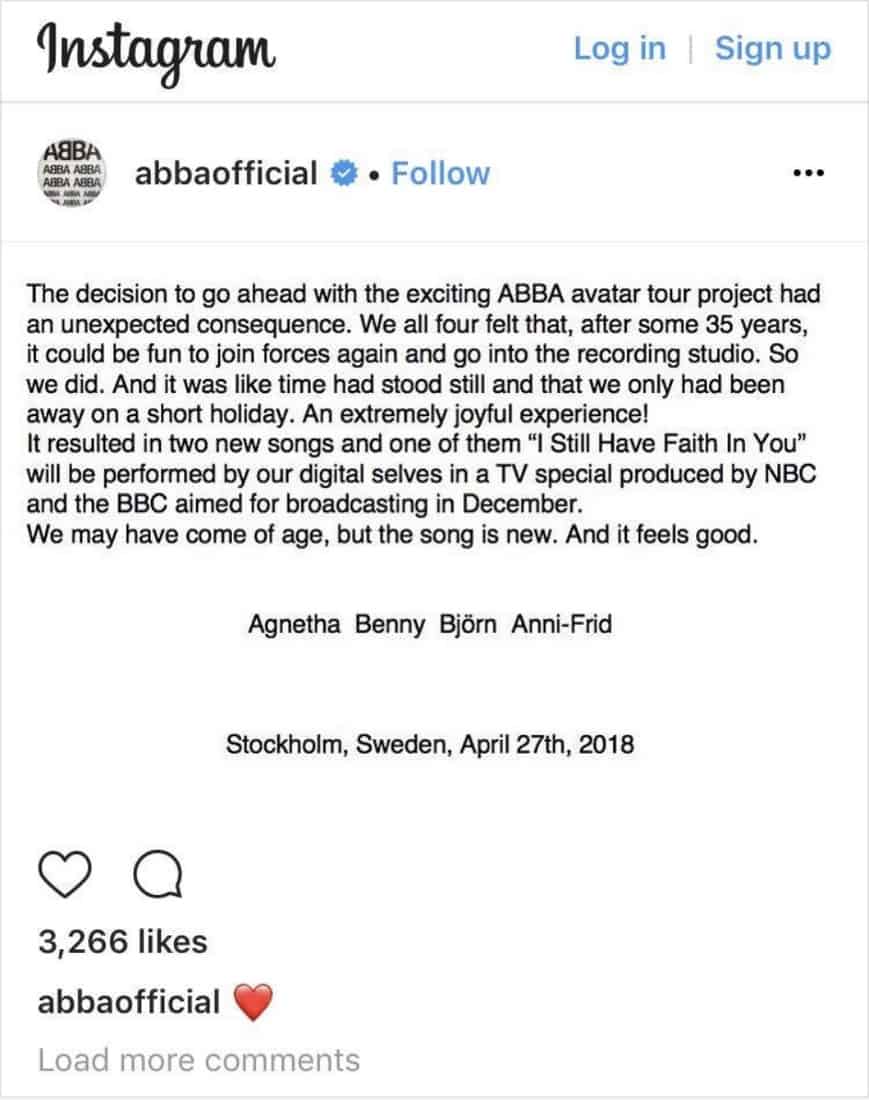