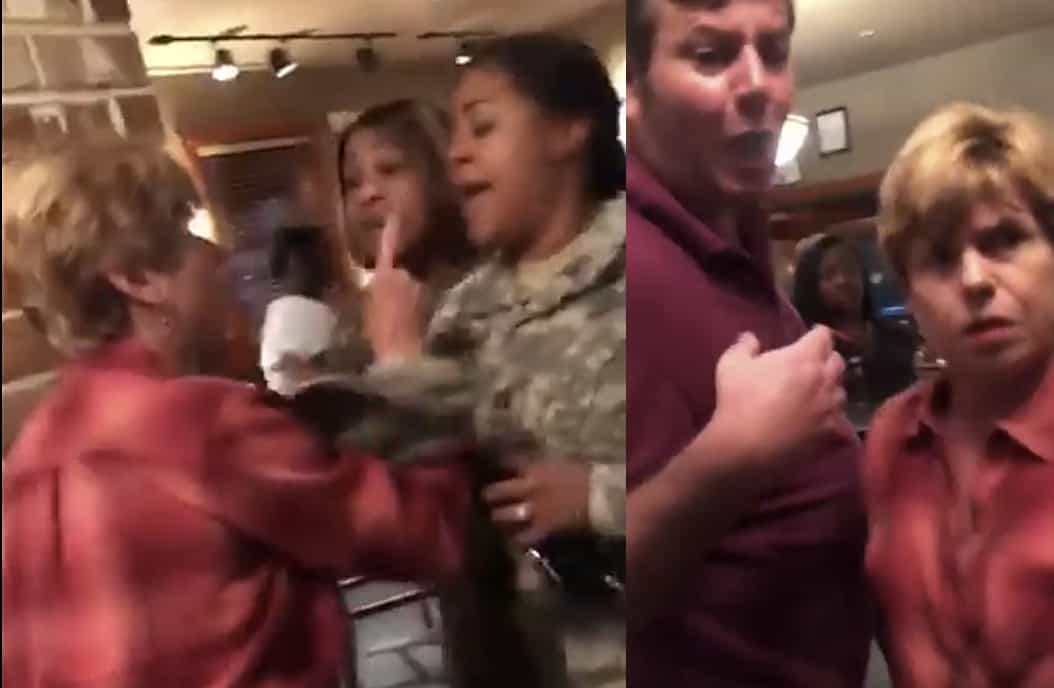 A woman and her son were captured on video assaulting two black female Army soldiers following in an alleged homophobic attack.

The altercation between Judy Tucker, 72, and her son Robbie, reportedly took place at a Cheddar’s restaurant in Macon, Georgia following an altercation over a handicapped parking place.

Wrote LaKeycia Ward who took the video that was shared to Reddit and other social media networks: “This Gentleman & his mom was hostile about the two soldiers not waiting for them to reverse back into there handicap parking spot for her handicapped husband instead they went around and proceeded to park in there own separate parking spot. . So he then followed them inside the restaurant being verbally abusive calling them black lesbians shouting ” the military lets lesbians serve ? So at that point i start recording & heres the VIDEO .”

Other witnesses reported that Tucker’s son also used the term “gay black bitches” when referring to the soldiers, one of whom says she is pregnant.

In the video, Tucker is seen coming at one of the women as she starts filming: “Put that phone down! You do not have the right to take a picture of me!”

Police were called and Tucker was arrested.

Popular Military reports: “Tucker was arrested and booked into the Bibb County Jail on a Simple Battery charge, where she was released on a $650 bond three hours later.”

UPDATE: WMAZ reported on the altercation: