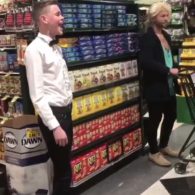 Qanon. The conspiracy theory that says Trump is a genius. ‘“You cannot possibly imagine the size of this,” said a Q dispatch last month. “Trust the plan. Trust there are more good than bad.” Q almost certainly doesn’t know any state secrets, but he, she, or they understand that some fervent Trump supporters require more reassurance than they’re willing to admit. Their desperate conviction that they will be proven right about Trump betrays a secret fear that they will be proven wrong.’

WHY DID YOU WAIT? Trump asked why drone strike didn’t kill terrorist’s family too.

RUSSIA PROBE. Mueller moved to seize three bank accounts and obtained search warrant for 5 phone numbers related to Manafort indictment: ‘On March 9, the special counsel’s office obtained a search warrant for information related to “five telephone numbers controlled by AT&T,” the prosecution said. It did not reveal who the numbers belonged to, although it said some information about the search was given to Manafort’s defense on Wednesday, so presumably there is some connection to the veteran political consultant who held a top role in the Trump campaign for several months in 2016.’ 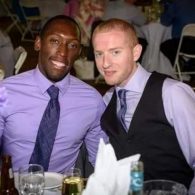 BERMUDA. Carnival Cruises joins fight against gay marriage ban: “While we always abide by the laws of the countries we sail to and from, we believe travel and tourism brings people and cultures together in powerful ways. As a result, we believe it is important to stand by the LGBTQ community in Bermuda and its many allies to oppose any actions that restrict travel and tourism.”

MISSISSIPPI. Court rules that woman has parental rights to a 6-year-old boy born to her ex-wife when the two were married: ‘Christina “Chris” Strickland brought the appeal, challenging a lower court decision that an anonymous sperm donor still had parental rights and that Strickland did not. Strickland ultimately hopes to win 50-50 custody of Zayden Strickland, who bears her last name and was born by Kimberly Day through artificial means when Day and Strickland were married.’ 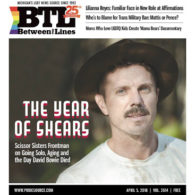 ON STAGE. Broadway carrying a torch for the gay plays of the 20th century.

NEW TUNE OF THE DAY. Underworld returns with “Brilliant Yes That Would Be”.

LYRIC VIDEO OF THE DAY. Calvin Harris and Dua Lipa “One Kiss”.

Previous Post: « What She Was Thinking: Miss Vanjie
Next Post: ‘RuPaul’s Drag Race’ Queens Get App Happy and Flocked Up on the Runway [RECAP and RANKING] »