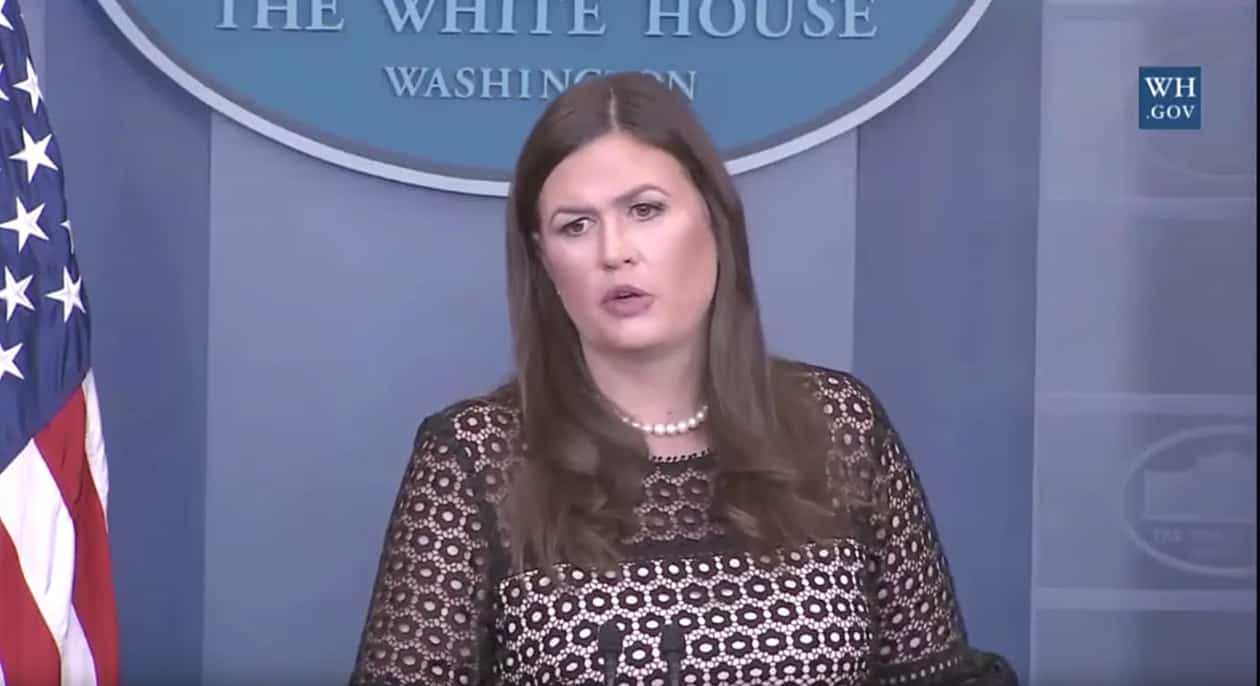 Trump will not attend the upcoming White House Correspondents’ Dinner (WHCD) but Sarah Huckabee Sanders will represent the White House at the head table, Axios reports:

“The White House has informed us that the president does not plan to participate in this year’s dinner but that he will actively encourage members of the executive branch to attend and join us as we celebrate the First Amendment. In keeping with tradition, Press Secretary Sarah Sanders also will represent the administration at the head table. The April 28 dinner celebrates award-winning reporting, scholarship winners and the vital role of the First Amendment and the free press in American democracy.”— WHCA President Margaret Talev

Trump had told the hosts of “Bernie & Sid in the Morning” on 77 WABC that he would not attend the dinner, calling the annual “nerd prom” for journalists “so bad and so fake.”

Trump says it’s “probably pretty unlikely” that he’ll attend the WH Correspondents’ Dinner. Tells @bernieandsid it’s because the press is “so bad and so fake.”