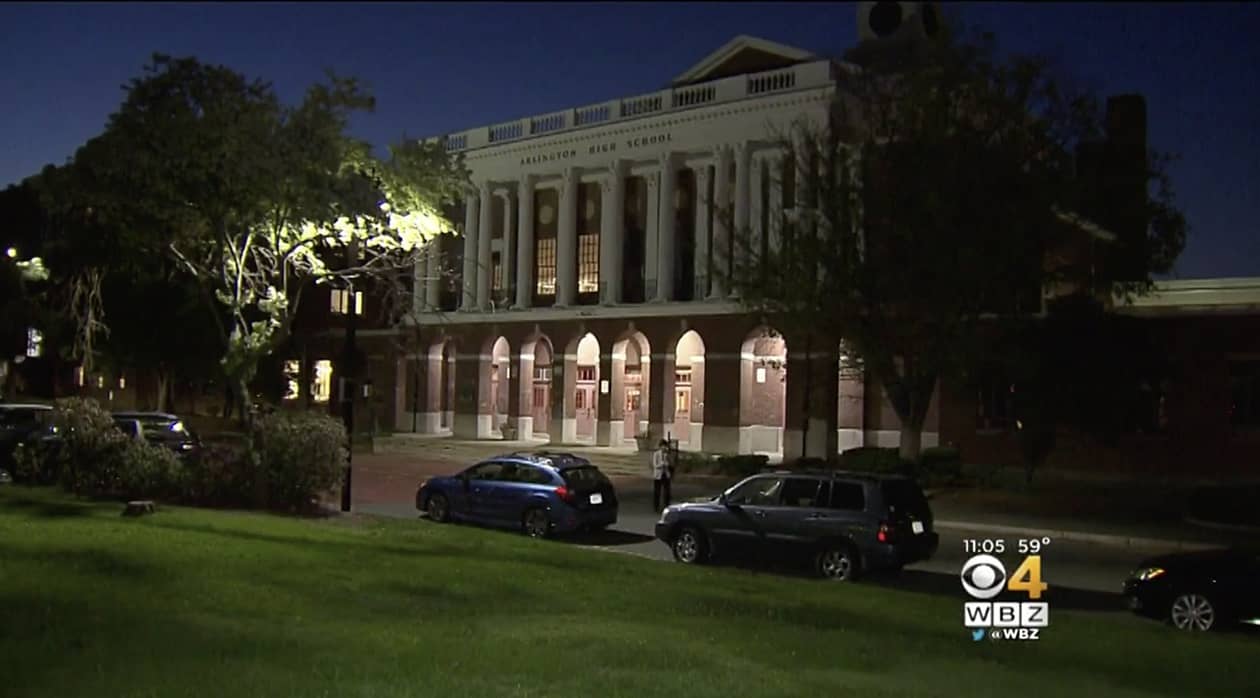 Fourteen students at Arlington High School outside of Boston who vandalized the school, breaking glass and spray-painting swastikas and anti-gay slurs on the building will avoid criminal charges if they participate in a program called restorative justice, FOX25 Boston reports:

Officials say the boys will be offered the chance to participate in a program that gives victims the opportunity to meet with offenders and offer ideas about possible restitution. If the boys decline to participate, they could face criminal prosecution.

The decision was made in consultation with the Arlington Human Rights Commission, the Anti-Defamation League and the Arlington LGBTQIA+ Rainbow.

All the students accused were male teens. Additional vandalism included feces spread on walls, according to one student.

After the vandalism occurred the community’s newly formed Rainbow Commission got involved, and students were invited to graffiti the building with messages of love and solidarity.