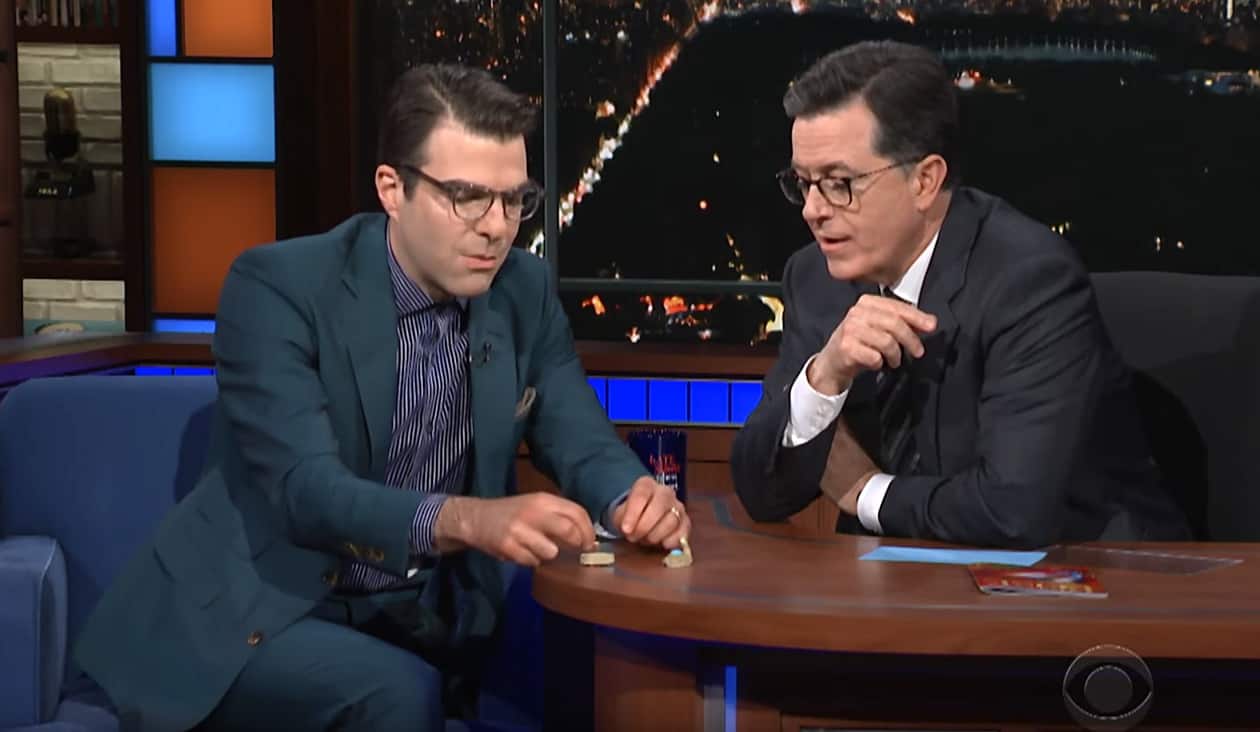 Zachary Quinto gave a great interview to Stephen Colbert and said there’s “a lot to look forward to” with Star Trek, saying that two possible movies could be in the works.

Quinto is also going to be stepping into Leonard Nimoy’s shoes on another revived program: In Search Of…

The Spock actor said he’ll be on the ground in various places around the world “using Anthony Bourdain as a template” looking for things that are unexplained and unknown like “aliens, monsters of the deep, the lost city of Atlantis.”

“I believe that we would be foolhardy to think that we’re the only intelligent life in the expanse of the universe and beyond.”

To which Colbert replied: “I think we might be foolhardy to think we’re intelligent life.”

Quinto also brought a show-and-tell item which he had teased in the Architectural Digest video tour of he and Miles McMillan’s NYC apartment: the bird-shaped dish that Tennessee Williams allegedly used for his cocaine.

Finally, the interview moved to The Boys in the Band, which Quinto is starring in with Matt Bomer, Jim Parsons, and Andrew Rannells.

“It explores what it is to internalize societal bigotry, judgement, and if you think about the administration that we are currently under the weight of, there is a lot of backward looking reductive thought about the LGBT community so I think there is no better time to be telling this story than now.”