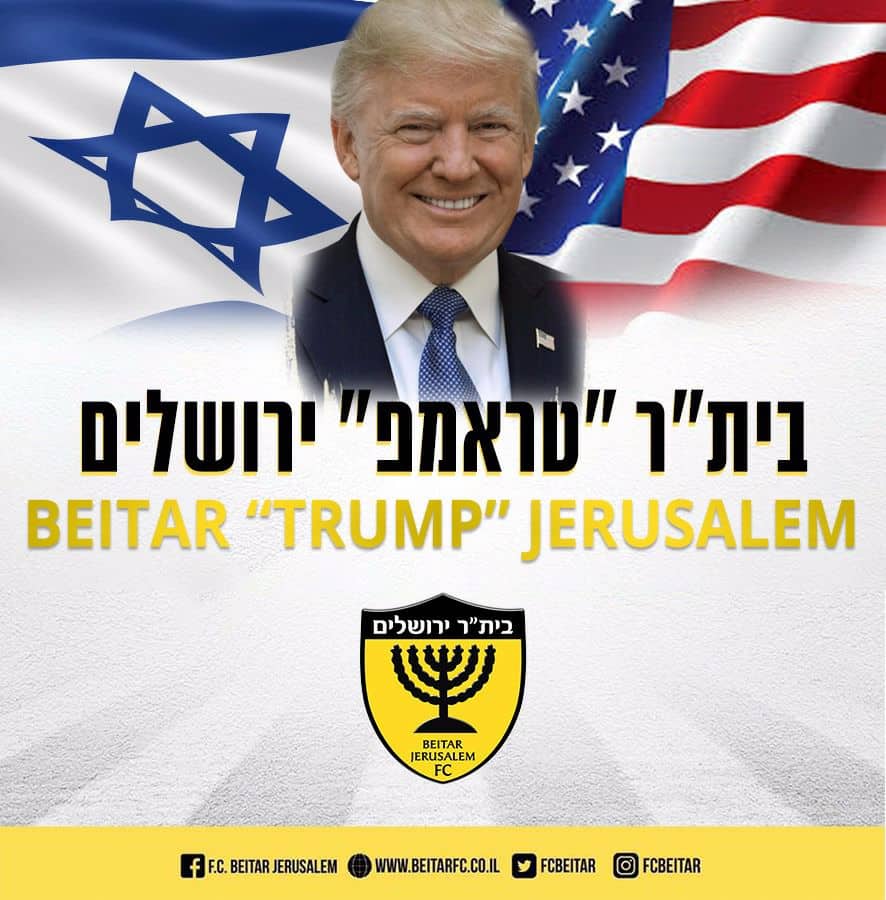 A professional soccer team in Israel has renamed itself after Donald Trump because he moved the capital to Jerusalem.

The team, Beitar Jerusalem, will now be known as Beitar Trump Jerusalem.

Writes Business Insider: “Beitar Jerusalem is a successful Israeli Premier League side with six national championship titles, seven Israeli Cups, and two Israeli Supercup trophies in its locker room. But their fanbase has a reputation for racism — which a large number of them seem to embrace. The club was founded in 1936 by the right-wing Revisionist Zionist movement and is renowned for its racist following — and now wants to be known as Beitar Trump Jerusalem.”

“President Donald Trump, in a courageous move, recognized Jerusalem as the eternal capital of Israel. President Trump has shown courage, and true love of the Israeli people and their capital, and these days other countries are following his lead in giving Jerusalem its rightful status.
The football club Beitar Jerusalem, one of the most prominent symbols of the city, are happy to honor the President for his love and support with a gesture of our own. The chairmen of the club, the owner Eli Tabib and the executive manager Eli Ohana have decided to add to the club’s title the name of the American President who made history, and from now on will be called Beitar Trump Jerusalem.
We have the greatest love for the President, and it will win! 🇮🇱🖤💛🇺🇸”