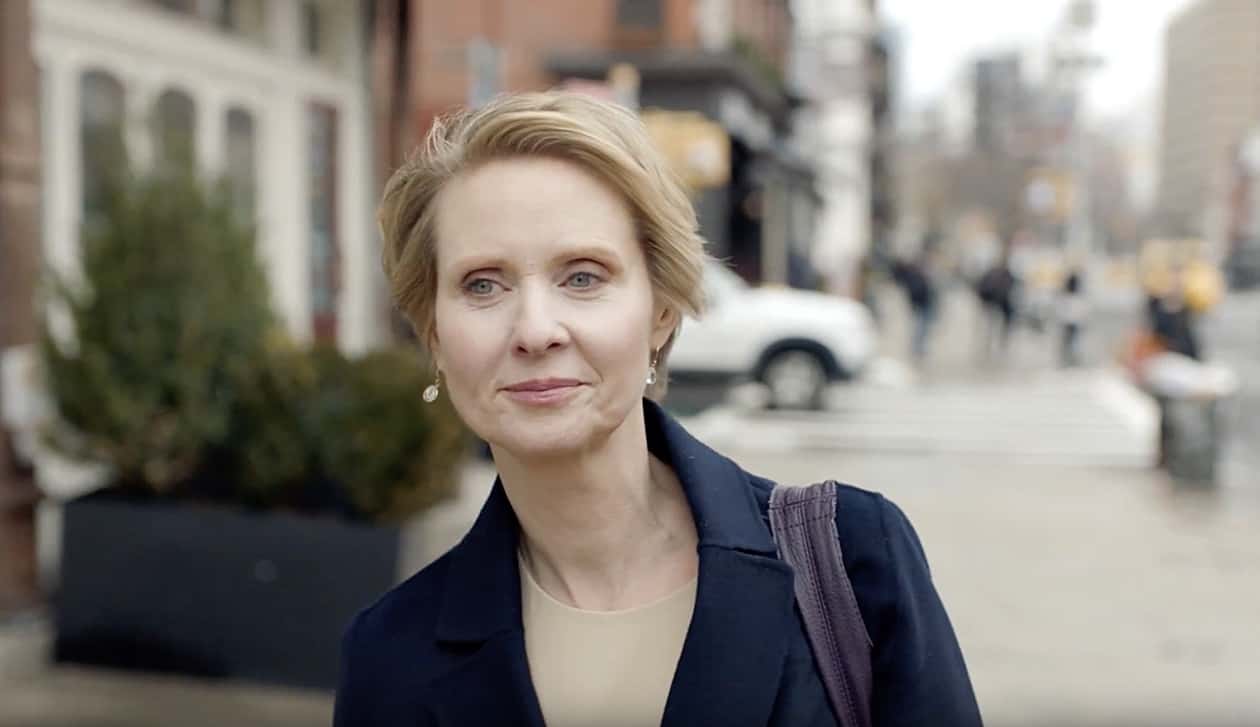 Cynthia Nixon appeared at the 118th annual Legislative Correspondents Association show Tuesday and resurrected an infamous homophobic slogan that appeared in a flyer touting her opponent Andrew Cuomo’s father in his failed run against NYC Mayor Ed Koch in 1977.

Nixon flipped the slogan “Vote for Cuomo, Not the Homo” to apply to her race for New York governor: “Vote for the homo, not for the Cuomo.”

“Andrew Cuomo is known for dirty politics but I have to give credit where it’s due,” Nixon told the crowd. “His history of cutthroat campaigns, helped inspire my campaign’s new slogan.” …

“His performance as a progressive hasn’t been very convincing of late — you might say he is an unqualified thespian,” Nixon quipped, playing off the comments made by Cuomo supporter Christine Quinn that Nixon was an “unqualified lesbian.”

Below, a photo of the pamphlet used against Koch: