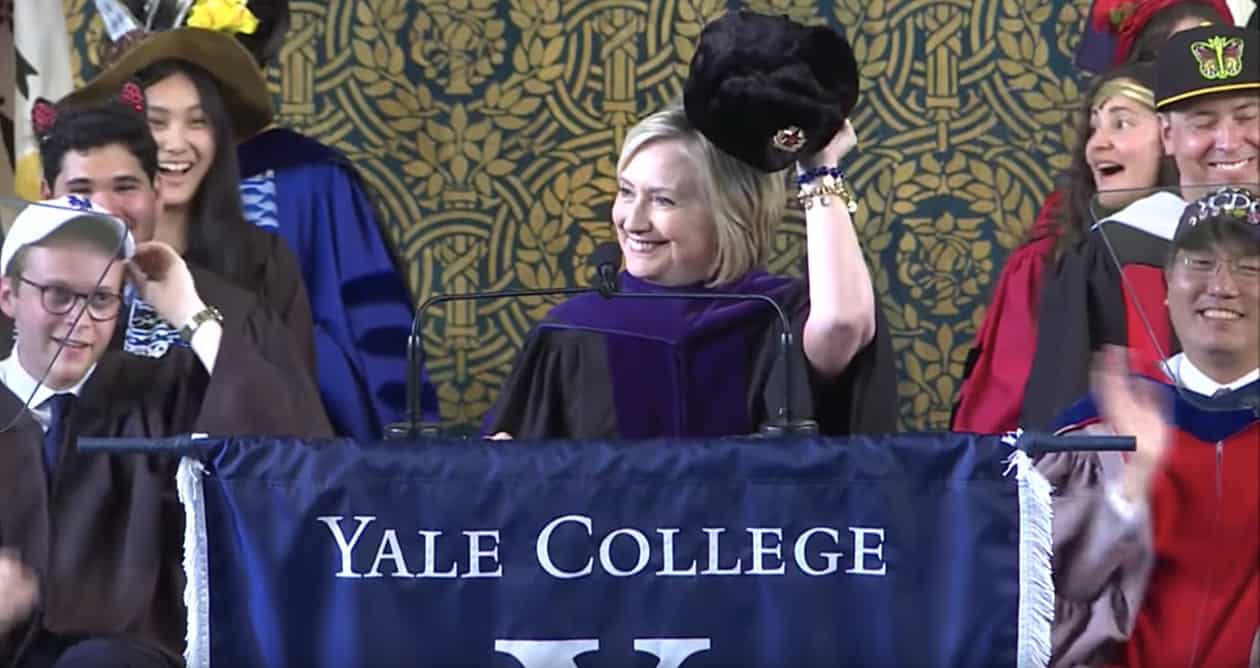 Yale University has a tradition of students wearing “over-the-top” hats to one of its graduation events called “Class Day”. Former Secretary of State and Trump opponent Hillary Clinton was asked to address the grads and decided to partake in the tradition.

Said Clinton: “I see looking out at you, that you are following the tradition of over-the-top hats. So I brought a hat too: A Russian hat.”

After the cheers died down, Clinton added, “Look, I mean, if you can’t beat ’em, join ’em.”