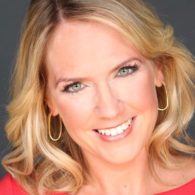 Said Sadler, a former editor for the Washington Times charged with sending press releases to reporters, in a meeting: “It doesn’t matter, he’s dying anyway.”

The remarks prompted a tweet from McCain’s wife Cindy, who said: “@kellysadler45 May I remind you my husband has a family, 7 children and 5 grandchildren.”

@kellysadler45 May I remind you my husband has a family, 7 children and 5 grandchildren.

The Hill reports: “Sadler later called the senator’s daughter Meghan McCain to apologize, according to a source. Meghan McCain has not publicly responded to the comments herself, beyond retweeting her mother, Cindy, who chided the White House official. Sources told The Hill that they believed Sadler’s comment was intended as a joke, but that it did not go over well with others at the internal White House meeting. Sadler did not respond to The Hill’s request for comment, and the White House did not make her available for comment. In a statement, the White House did not deny that Sadler made the remarks, which came amid a discussion of Haspel’s nomination to lead the CIA and McCain’s opposition to it. ‘We respect Sen. McCain’s service to our nation, and he and his family are in our prayers during this difficult time,’ the White House said.”