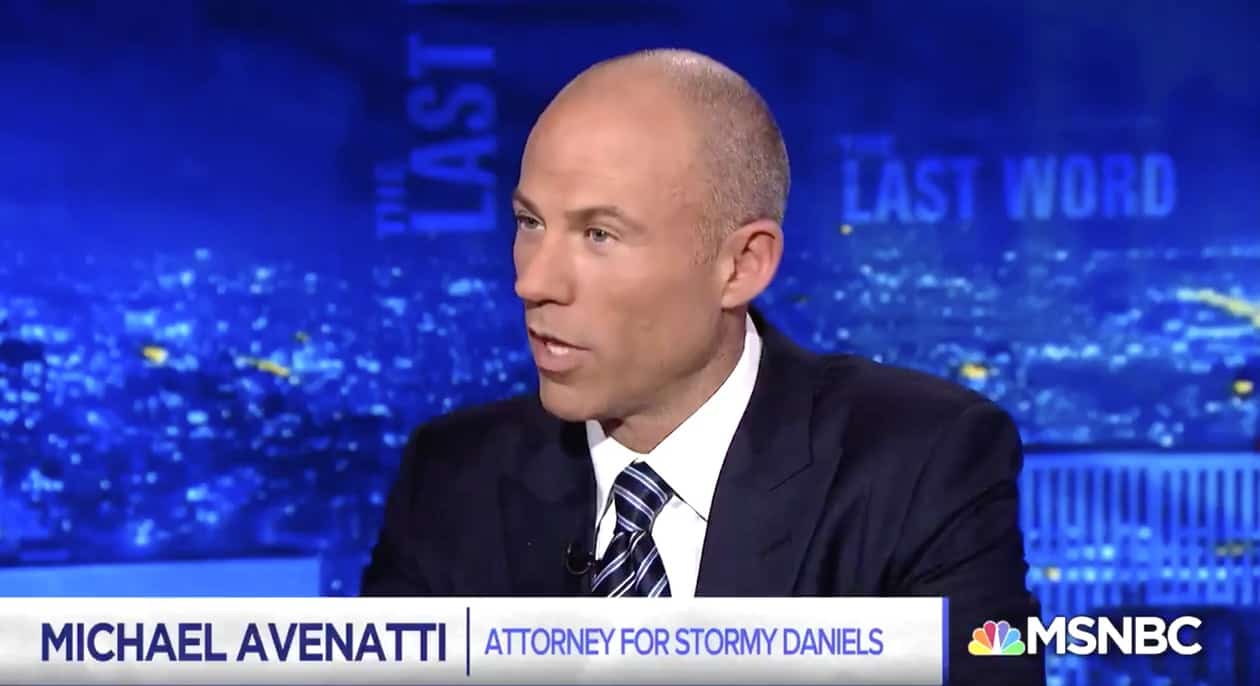 Said Michael Avenatti: “There were extensive communications between Michael Cohen and Keith Davidson in October 2016 relating to the timing of this payment and the need for this payment to be made prior to the election. Extensive communications relating to the need for the payment to be made, when it was made and as to related to potential influence on the election. So any claim that the payment had nothing to do with the election is completely bogus. There’s no question it had everything to do with the election.”

🚨 BREAKING: @MichaelAvenatti tells @Lawrence there were communications the payment to Stormy Daniels had to be made in advance of the 2016 election. pic.twitter.com/6V8DomUguH

“If we had to defend this as not being a campaign contribution,” said Giuliani, “I think we could do that. This was for personal reasons. This was the president had been hurt personally, not politically. Personally so much, and the first lady, by some of the false allegations. That one more false allegation – six years old – I think he was trying to help the family. For that the man is being treated like some kind of villain…It wasn’t for the campaign. It was to save  – not their marriage so much as their reputation.”

Then, he contradicted himself confessing that the payment was made because of the election. Giuliani added: “Imagine if that came out on October 15, 2016, in the middle of the last debate with Hillary Clinton! … Cohen didn’t even ask. He made it go away. He did his job.”