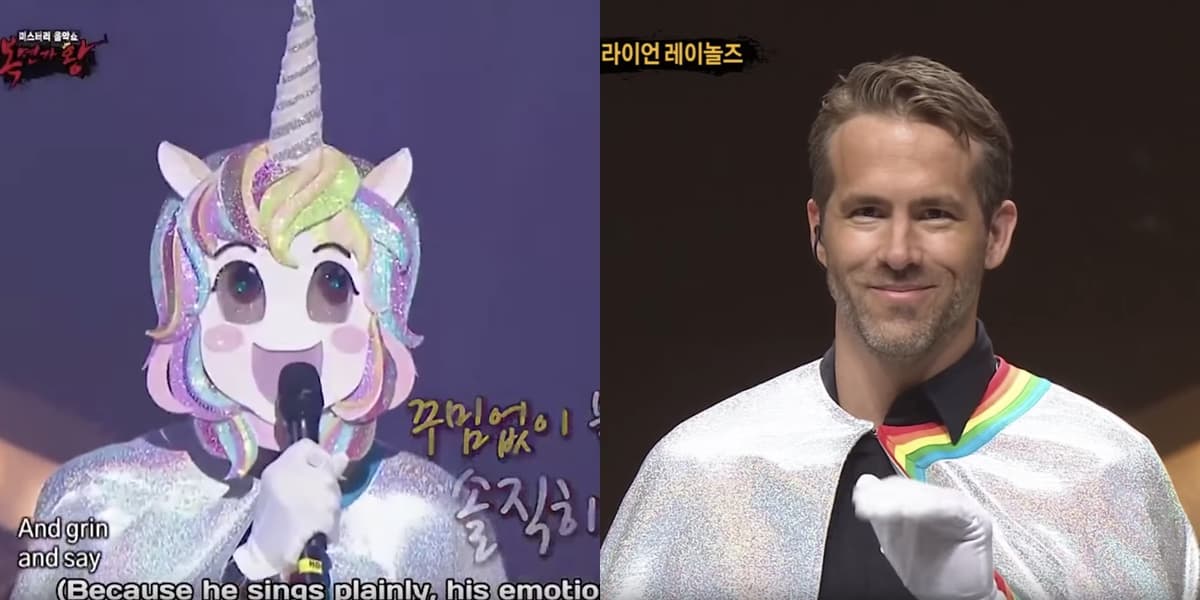 Ryan Reynolds appeared on the South Korean singing competition King of Mask Singer in which contestants try to win over judges while wearing ridiculous disguises such as the glittery rainbow unicorn mask you see above.

In this case, the man behind the mask was Deadpool star Ryan Reynolds, and the judges and audience were appropriately impressed by his rendition of “Tomorrow” from Annie.

Previous Post: « Carla Patricia Flores-Pavon is the 9th Trans Woman Murdered in 2018
Next Post: Rita Ora Apologizes, Comes Out as Bisexual Amid Criticism of Her Song ‘Girls’ »