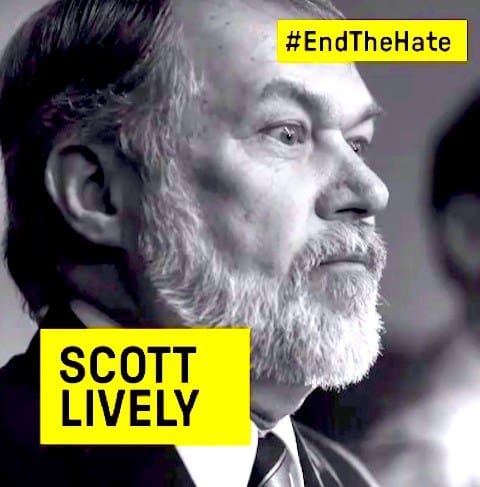 Anti-gay activist Scott Lively has qualified for the Massachusetts gubernatorial primary and will face off against Governor Charlie Baker in September. Lively received support from 626 of the more than 2,000 delegates at the Massachusetts Republican Party Convention.

Newsweek reports: “Lively wrote a 1995 book, titled The Pink Swastika, in which he asserted that the Nazi Party that took power in Germany in the 1930s was controlled by “militaristic” homosexuals who inspired the murder of around six million European Jews. The Holocaust also saw the persecution of a number of other groups, including homosexuals. Lively’s claims have been roundly debunked by historians.”

In 2014, Lively was profiled in the Human Rights Campaign’s “The Export of Hate” report. He had been accused of crimes against humanity for inciting anti-gay hatred in Uganda and aiding in the passing of their “Kill the Gays” bill. The group he founded, Abiding Truth Ministries, has been declared a hate group by the Southern Poverty Law Center.

Last year, a District Court judge dismissed a 2012 lawsuit by the Center for Constitutional Rights brought on behalf of a Ugandan group called Sexual Minorities Uganda that accused Lively of “crimes against humanity.”

The lawsuit charged that by preaching that homosexuality is akin to a disease that is spread to children by Western sadists, Lively had “initiated, instigated and directed” the persecution of gay people in Uganda, leading to people being subject to imprisonment, physical injury and death.

The lawsuit was dismissed for lack of jurisdiction.

Judge Michael A. Ponsor said that Lively’s views on LGBT issues ranged from “the ludicrous to the abhorrent” and that “the crackpot bigotry could be brushed aside as pathetic, except for the terrible harm it could cause.”

However, he added that court was required to consider whether Lively’s actions “on American soil” were sufficient to give the court jurisdiction over the case. His decision to dismiss the lawsuit, he said, was appropriate “for this, and only this, reason.”