Tonight at various theaters across the US the documentary MCKELLEN: PLAYING THE PART will be screening. It’s a heartfelt and fascinating account of Sir Ian McKellen’s life and career. The movie star has  been an integral part of the film and theater industries and a tireless activist for the LGBT community. If one of the screenings is happening near you tonight, drop what you’re doing and go!

The film was directed by British filmmaker Joe Stephenson. He counts himself lucky to be among Sir Ian’s circle of friends and admits that the documentary would be a totally different film if the director didn’t have such easy access to the legend. We think it would also be a poorer one.

McKellen is candid and thoughtful throughout this fascinating retrospective. It’s a must-see and will hopefully have a long future life on various streaming services. We sat down a few days ago for a chat with the film’s young director.

NATHANIEL R: McKellen says early on in the documentary that he’s been interviewed countless times. And, given his fame, there is of an enormous amount of footage of him. This really could have gone in any direction so how did you even begin?

JOE STEPHENSON: I’ve not made a documentary before and hadn’t anticipated making one. But his story is inspiring and I know him. He’s a very good man. And I thought, ‘This is what we need right now. There are a lot of bad men and it’d be nice to tell the story of a good one.’ 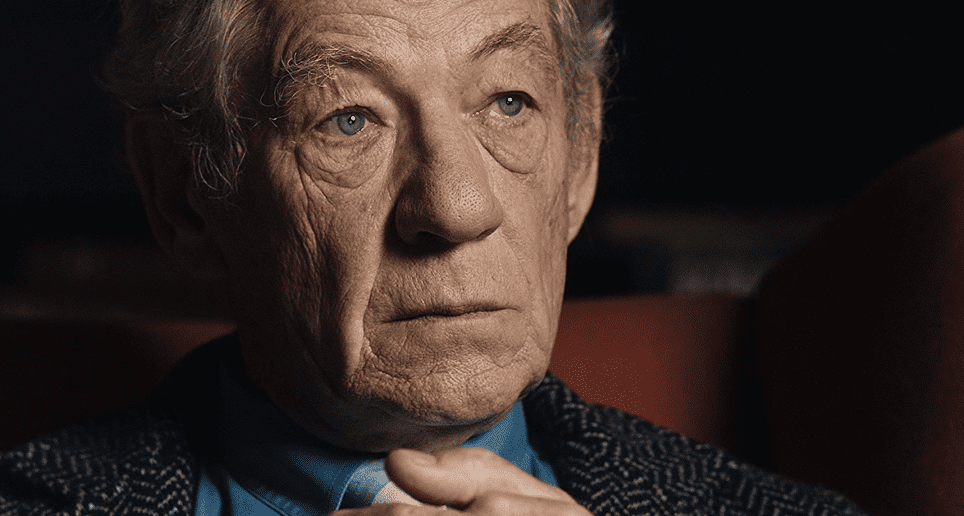 The idea was to sit down and talk about everything over five days or so. Part of the conversation we’d had was about how we’re always acting, we’re always performing, and presenting ourselves. We’re only ever showing people a side of ourselves. That was fascinating to me. That ended up becoming the backbone of the documentary itself.

You’re quite young and this is just your second film. The movie becomes so much about looking back on a full life. McKellen even talks about his death — even planning his funeral in quite a fabulous way! Was that hard for you to relate to?

It was quite eye opening, really. He says in the documentary that nobody tells you when you’re young that you think about death all the time at his age. It certainly makes you think about how you’re living your life and what you want to see when you start looking back. But whether a movie is fiction or documentary, as a filmmaker you’re always coming from a place of empathy. You work hard to understand the character’s perspectives and life experiences.  It was no different here. Even now — I feel like I was a different person at 17 then I am today so, you know, imagine that five-fold! [Laughs] It’s something I was very conscious of but it didn’t intimidate me. 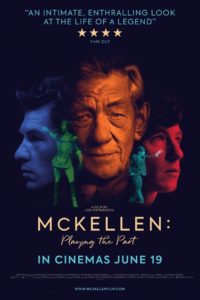 Playing the Part has a few recreations of childhood and teenage memories. Was it fun to cast two young “Ians”?

It was. The Ian in the university years, Scott Chambers, was the lead of my first film so that was easy. And Milo Parker [the child Ian] was in Mr Holmes (2015) with Ian. When I saw that film it occurred to me how much he looked like Ian!

What did he think of seeing young actors play him?

I kept the recreations secret from Ian! Most of the people in those scenes are actually friends of Ian’s. So it was a surprise that all his friends were in the film. It felt like coming full circle. People in his life today playing people from his past.

So how did he react?

Initially he was a bit thrown off! He said ‘cast and crew screening? I don’t know why. I’m the only cast member.’

He came to the first screening and he was annoyed that his friends were going to be there and I hadn’t told him. And then he watched the film and was completely moved. It went down well but initially he was quite grumpy! [Laughs]

My favorite thing about the movie might be the way that it’s not just his life story but it doubles as two historical documents: a history of theater and film as well as queer history and the politics surrounding that. Did he want the movie to be political?

Coming out was and has been a big part of his life. The importance of what he’s done was, I felt, educational. There are lots of people who don’t know about Stonewall, about the Age of Consent argument, about Clause 28. I felt that younger generations shouldn’t just know him for Gandalf or Magneto. They should know his effect on society. He’s been a large part of things changing for the better. His three passions are theater, equality, and gay rights.

That archival clip of him being interviewed about Clause 28 in the 1980s is something else. Basically what he’s saying is ‘We’re Here! We’re queer! Get used to it!” but it sounds so much more refined and nuanced.

[Laughs] When I found that interview — people do want to cheer when they see it!

How has the reception been so far?

Very satisfying. It’s been great and he deserves the attention. He’s never won an Oscar…

Don’t get me started!

…So now his life story can get out there. He’s a good guy and I hope that it finds an audience.

I hope it will spur the Academy on to think about the Jean Hersholt Humanitarian Award at least.

That would be fantastic!