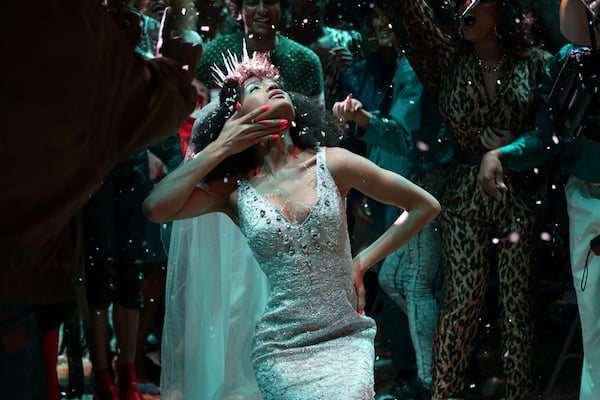 I’ve heard of Christmas in July, but decking the halls before even NYC Pride feels more than a touch premature. However, Pose delivered an emotionally satisfying third episode that masterfully spread holiday cheer (and heartache) despite the sunny weather.

It’s a testament to the writers that they were able to create such a dizzyingly emotional hour of television without giving viewers cognitive whiplash. I’ve spent weeks praising the performances — which were still outstanding last night — but the writing shined just as bright.

Holiday stories often celebrate family, and Pose‘s yuletide offering, cheekily titled “Giving and Receiving,” put a uniquely queer spin on the traditional television tropes. The concept of “chosen family” has become well-tread territory for any LGBTQ-centered story, but there’s a particular resonance within this world of balls, houses, mothers, etc. 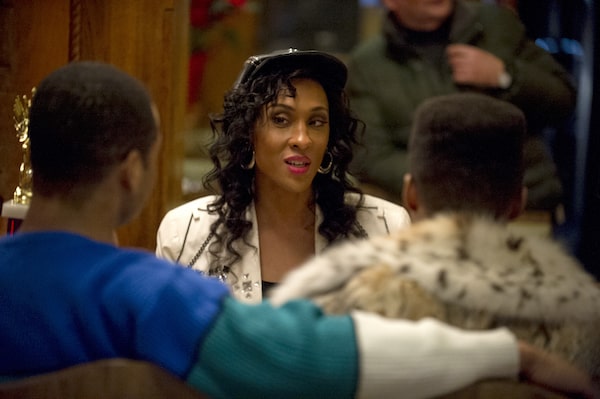 Mj Rodriguez continues her march toward awards-season accolades as she continues to serve as the series’ emotional cornerstone. Whether she was doling out ferocious mama bear realness to Damon (Ryan Jamaal Swain), Ricky (Dyllon Burnside) or Helena (Charlayne Woodard) or melting hearts with her thoughtful Christmas presents, Blanca is the gift that keeps on giving.

Similarly, there’s not a moment Angel (Indyah Moore) is on screen that’s not soul-shaking. The story of how her father beat her for stealing patent leather pumps was a pretty predictable tale (and similar stories about parents reacting violently to kids’ fascination with queer interests have been told many times before). And, yet, there’s something about her presence that just adds a little magic to everything she says and does. 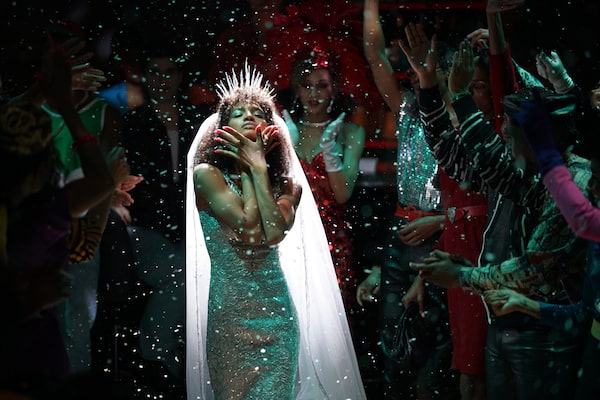 She’s just as good serving joy. Her holiday prep buzzed with giddy anticipation, and she was a natural playing homemaker and talking to herself in the mirror. Of course she was going to be disappointed, which only made her thoughtful gift from Blanca at the Chinese restaurant all the more powerful.

Family was critical to Stan’s (Evan Peters) story this week as well. There is something beautiful between him and Angel, but it’s tough to root for knowing how he’s deceiving his wife, Patty (Kate Mara) and family. The Love, Actually fake out — leading the audience to believe Patty busted him buying a gift for his mistress — was well-played, but the more you consider how badly he’s gaslighting his wife, the less this feels like victory. I was initially relieved, but should we be rooting for him to get away with this just for Angel’s sake? 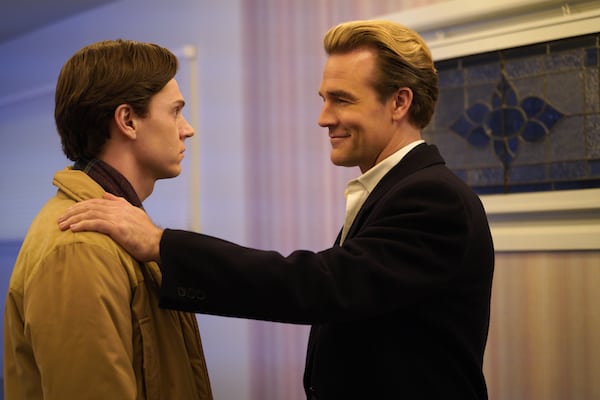 The dynamic between Stan and Matt (James Van Der Beek) also got a new wrinkle this week. Stan committed a grave sin by going over Matt’s head, and then Matt showed his true colors, sowing discord at home and making the moves on Patty. You know it’s just a matter of time before he manipulates her into sleeping with him.

Even characters like Elektra (Dominique Jackson) and Pray Tell (Billy Porter) got a chance to exercise their dramatic chops this week. It’s good to see Elektra not quite getting a thin redemption arc like a typical TV villain, but instead her history is adding layers and depth. I can’t wait to see her relationship with Christopher Meloni’s character next week. 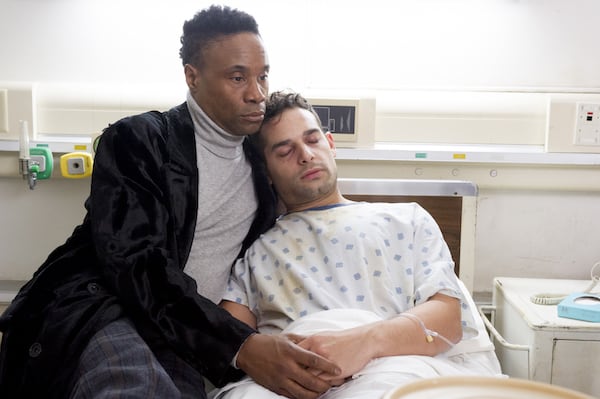 Porter is a joy calling the balls, but it’s good to see his character getting some complexity as well. The show has done a really great job of making sure the HIV/AIDS epidemic is portrayed, but not using it to singularly define any character. Pray Tell contextualizes the virus while still giving it emotional heft that elevates the material beyond just a history lesson. Plus, Porter can just as deftly break the tension with a joke, like he did at the Christmas dinner.

Less successful is Swain’s Damon, who’s better as a plot device than a character. I get that he’s supposed to be undergoing essentially a second adolescence now that he’s out, but his behavior still feels odd. I’m much more interested in how Blanca mothers him, how Helena mentors him and how Ricky loves him. Damon’s best when he’s at the ball or on the dancefloor, but the performance never seems to match the grace of his dancing.

For such an emotional hour-plus of TV, Pose was able to throw in some humor too. Stan’s awful mother-in-law, the flaming turkey and especially the Salvation Army Santa caper all provided some refreshing levity without feeling too out of place. It’s truly remarkable the way Pose can juggle the drama, humor, heart and high fashion as easily as it does.

Ryan Murphy did his fair share of mash-ups on Glee, but with his talented team of collaborators, Pose continues to hit even higher notes.