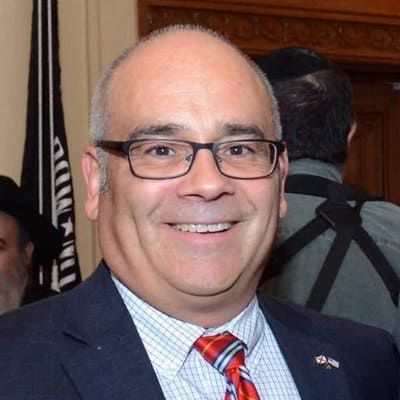 Assemblyman Reed Gusciora has been elected mayor of Trenton, New Jersey, and is the first gay man to hold that office.

The Trentonian reports: “In stunning fashion, Gusciora (D-Mercer/Hunterdon) knocked off opponent Paul Perez by a 4,500-to-4,145 margin, according to unofficial election results…Gusciora’s upset win comes even more as a surprise since he was shy of Perez by 740 votes in the May election. Gusciora may be one of the first mayoral candidates to finish second in the May election and then cruise to victory in the June runoff. Gusciora, who came out in 2006 as the state’s first openly gay legislator, led the charge to legalize gay marriage and civil unions in New Jersey.”