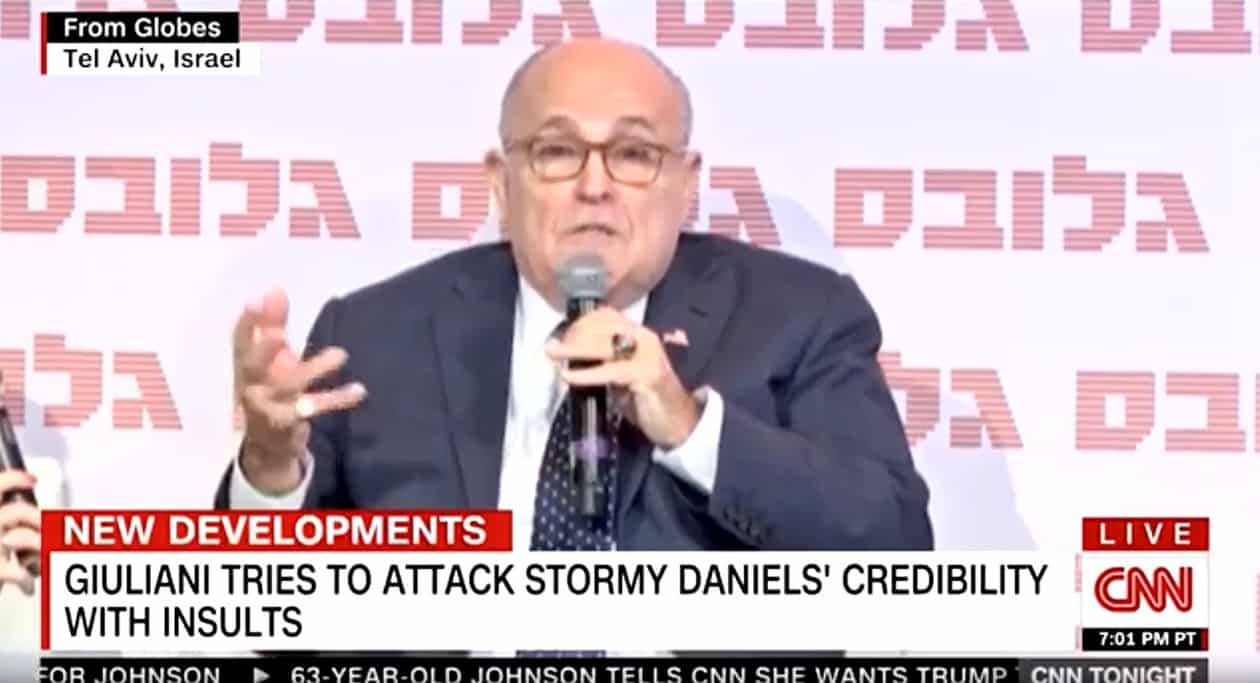 Said Giuliani: “The business you were in entitles you to no degree of giving your credibility any weight. Explain to me how she could be damaged. I mean, she has no reputation. If you’re going to sell your body for money, you just don’t have a reputation. I may be old fashioned, I dunno.”

Mr. Giuliani is a misogynist. His most recent comments regarding my client, who passed a lie detector test and who the American people believe, are disgusting and a disgrace. His client Mr. Trump didn’t seem to have any “moral” issues with her and others back in 2006 and beyond.

The insults from Giuliani come amid new reports that Daniels “sued President Trump’s fixer, Michael D. Cohen, and her own former lawyer on Wednesday, making public a set of text messages discussing efforts to quash the story of her alleged affair with Mr. Trump as it emerged early this year.”

Avenatti later responded with outrage and fury on AC360: “Mr. Giuliani is an absolute pig for making those comments, he’s basically stating that women that engage in the adult film industry and other forms of pornography don’t have reputations and are not entitled to respect. I certainly hope that we are not going to reach a place where Rudy Giuliani is going to be the police who is going to decide which women deserve respect or not. His comments are piggish, they are outrageous especially in today’s day and age and he should be fired immediately by the President.”