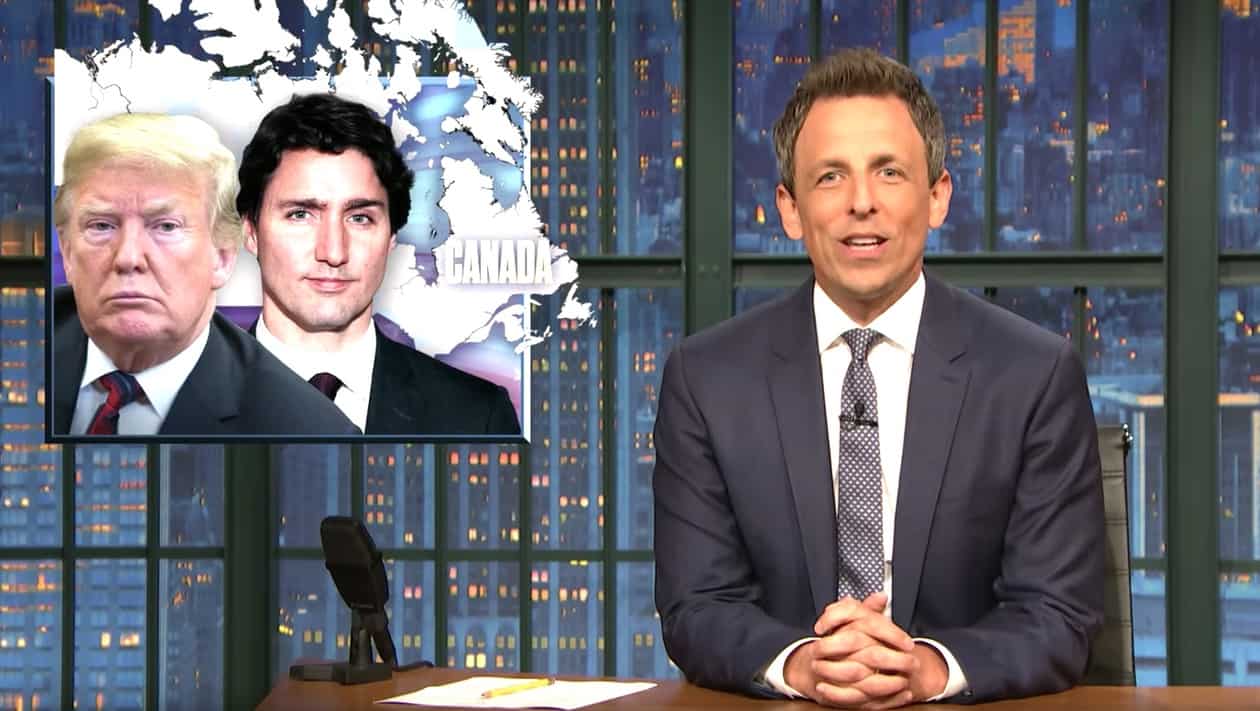 “How do you get in a fight with Canada? That’s like holding a grudge against a golden retriever puppy…Canada is a peaceful nation run by a guy named Justin. Canada is like if a cardigan was a country.”

Meyers also took issue with a claim Trump made about leaders stealing from the U.S. “piggy bank”. Trump said that “a lot of these countries actually smile at me and the smile is ‘we couldn’t believe we got away with it.'”

Quipped Meyers: “No. That’s not why they’re smiling. World leaders smile at Trump the same way you smile at your kid when they show you a picture they drew.”

Meyers also played a clip of Trump telling reporters about the G7, how it used to be called the G8, and how he wants Russia back in it. Trump made the remarks while the Marine One helicopter rattled in the background.

“That’s not a helicopter in the background, that’s the sound of him thinking,” snapped Meyers.

Meyers also commented on the fact that Ivanka Trump has received 13 new trademarks from China in three months, which the media reported allow her to market “a lifetime’s worth of products in China, from baby blankets to coffins.”

Said Meyers: “Now it might seem weird that Ivanka Trump sells coffins, but to be fair like half the people in the Trump administration sleep in them.”