OVERCOMING ANXIETY. In a new I’m From Driftwood video, Joe Ferreira explains how he dealt with anxiety issues after moving to the big city: “After coming out, graduating college and moving to New York City, Joe Ferreira thought he was going to finally be able to live his life to the fullest. Instead, he developed a deep and toxic form of anxiety that nearly took control of his life. Only after hitting a wall did Joe finally seek what he needed from the beginning – professional help.”

BLACK GAY MEN. Finally, CDC says outreach needed in the South: “The U.S. Centers for Disease Control and Prevention in a study released Thursday raised an alarm about black men in the South and HIV. They’re not being diagnosed enough in traditional health care sites, the study found, so health workers need to seek them out in new places for testing and care. The world that most media portray, where HIV-AIDS has been brought into the open and under control, is not theirs. Black men represent an outsized proportion of new HIV cases. Nearly two-thirds of all black men diagnosed with HIV reside in the South, so the study looked at data from 2016 in 20 Southern states. The goal was to break down groups that are being diagnosed and treated effectively, where and how.”

A clip from 2017 in which Atlanta activist Duncan Teague talks about the epidemic:

HIV. Men with same-sex partners 28 times more likely to contract HIV: “The overall annual number of new HIV infections dropped from a high of 3.4 million in 1996 to 1.8m last year, according to UNAIDS, which co-ordinates the organisation’s global response to HIV/Aids. Yet gay men and men who have sex with men remained most at risk of contracting HIV, along with female sex workers, drug users and transgender women, the Global Aids Update 2018 report noted.” 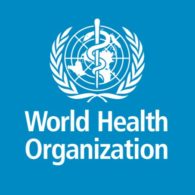 SEX ADDICTION. World Health Organization adds it to list of mental disorders: ‘In its new International Classification of Diseases, WHO defines “compulsive sexual health disorder” as a “persistent pattern of failure to control intense, repetitive sexual impulses or urges resulting in repetitive sexual behavior.” The new classification means that sex addiction – a term popularized before research designated the condition as compulsive sexual health disorder –  can be diagnosed based on a list of criteria, which include: repetitive sexual activities becoming the focus of a person’s life, numerous unsuccessful efforts to reduce sexual behavior and continued sexual activity despite deriving little satisfaction from it. ‘

MYCOPLASMA GENITALIUM. Both men and women may be at risk from emerging superbug: “Mycoplasma genitalium is a bacterium that can cause inflammation of the urethra in men, causing discharge from the penis and making it painful to urinate. In women, it can cause inflammation of the reproductive organs (womb and fallopian tubes) too, causing pain and possibly a fever and some bleeding. You can get it by having unprotected sex with someone who has it. Condoms can prevent this spread.”

46 PERCENT. Women aren’t the only victims of domestic abuse. Gay men suffer too, at high rates: “The study included 320 men in 160 couples, and found that 46 percent reported some form of intimate partner abuse in the last year, including physical and sexual violence, emotional abuse and controlling behavior. “If you just looked at physical and sexual violence in male couples, it’s about 25 to 30 percent, roughly the same as women,” said study author Rob Stephenson. He directs the University of Michigan’s Center for Sexuality and Health Disparities. “We’re stuck in this mental representation of domestic violence as a female victim and a male perpetrator, and while that is very important, there are other forms of domestic violence in all types of relationships,” Stephenson said.’

FITNESS BURN OF THE DAY. Tom Daley helps you work that bum.

PROSTATE CANCER. Trials begin for saliva test: “The test draws on more than 150 DNA markers to identify the 10% of men who have nearly a threefold greater risk of the disease than the general population, and the 1% of men with a sixfold greater risk. Researchers created the test after a major study into the genetics of prostate cancer found 63 new gene variants linked to the disease. The new test combines these with more than 100 DNA markers that were already known from previous work.”

XANAX. Is it really that dangerous? ‘Dr. Arntsen adds, “Long-term use results in dose escalation, increased risk of accidents, cognitive impairment, and possible drug-seeking behavior.” According to Dr. Arntsen, withdrawal can be just as serious as mixing benzodiazepines with other drugs, as it “can be severe, including seizures, and is potentially life-threatening.”’ 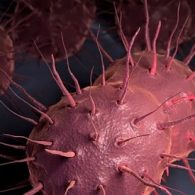 FIGHTING DRUG RESISTANT GONORRHEA. Doctors pushing for new methods: “…a handful of researchers and companies are trying to develop rapid, point-of-care diagnostics that would signal which drugs work for a given patient and permit clinicians to tailor treatment to the bacterial strain. A future, in other words, of bespoke treatment, in which a greater variety of drugs are used to treat a very common sexually transmitted disease — potentially prolonging the utility of a number of antibiotics.”

ACCESS. For first time, researchers see link between gay marriage and improved health care access: “This is an important question to study, since recent research has shown that LGBT individuals often face barriers to accessing health services including lack of insurance, stigma, and discrimination, and, as a result, can experience poor health outcomes,” said Christopher Carpenter, professor of economics, who led the trans-institutional research team and is the lead author on the paper. “A very large body of research in economics and sociology demonstrates that marriage is protective for health for heterosexual individuals, but ours is the first to show that marriage policy has meaningful effects on health care access for sexual-minority men.”

THE END OF SAFE GAY SEX? Condoms still a necessary element for safety: ‘After tracking the sexual practices of 17,000 gay and bisexual Australian men from 2014 to 2017, a team of researchers this month unveiled the most convincing evidence to date. While the number of H.I.V.-negative men who are on PrEP increased to 24 percent from 2 percent, the rate of condom use decreased to 31 percent from 46 percent. More troubling, condom use among non-gay men is also down significantly. Although public health advocates have been sounding the alarm on condom use for the last decade, their calls have gone largely unheeded. Part of that is because of a shift in how we talk about risky sex: The Centers for Disease Control and Prevention has replaced “unprotected” with “condomless” sex. The dangerous implication is that PrEP alone may ward off all sexually transmitted infections.’

SUBSTANCE USE. LGBQ teens more likely than peers to use dangerous drugs: “The data showed LGBQ teens were more likely to have ever used 14 of the 15 substances studied, including alcohol, cigarettes, cigars, cocaine, ecstasy, electronic vapor (“vaping”), hallucinogens, heroin, inhalants, marijuana, methamphetamine, prescription drugs (without physician direction), steroids, and synthetic marijuana. LGBQ teens also were at greater risk for having used harder drugs. For instance, LGBQ teens were more likely than heterosexual teens to ever use heroin (6.6 versus 1.3 percent), hallucinogens (12.3 versus 5.5 percent), ecstasy (10.8 versus 4.1 percent), cocaine (11.0 versus 4.2 percent), methamphetamines (8.6 versus 2.1 percent) and prescription drugs (26.2 versus 15.5 percent).”

If you are a writer/professional with a background in gay men’s health interested in contributing to this regular column, shoot us an email at jobs-at-towleroad.com.