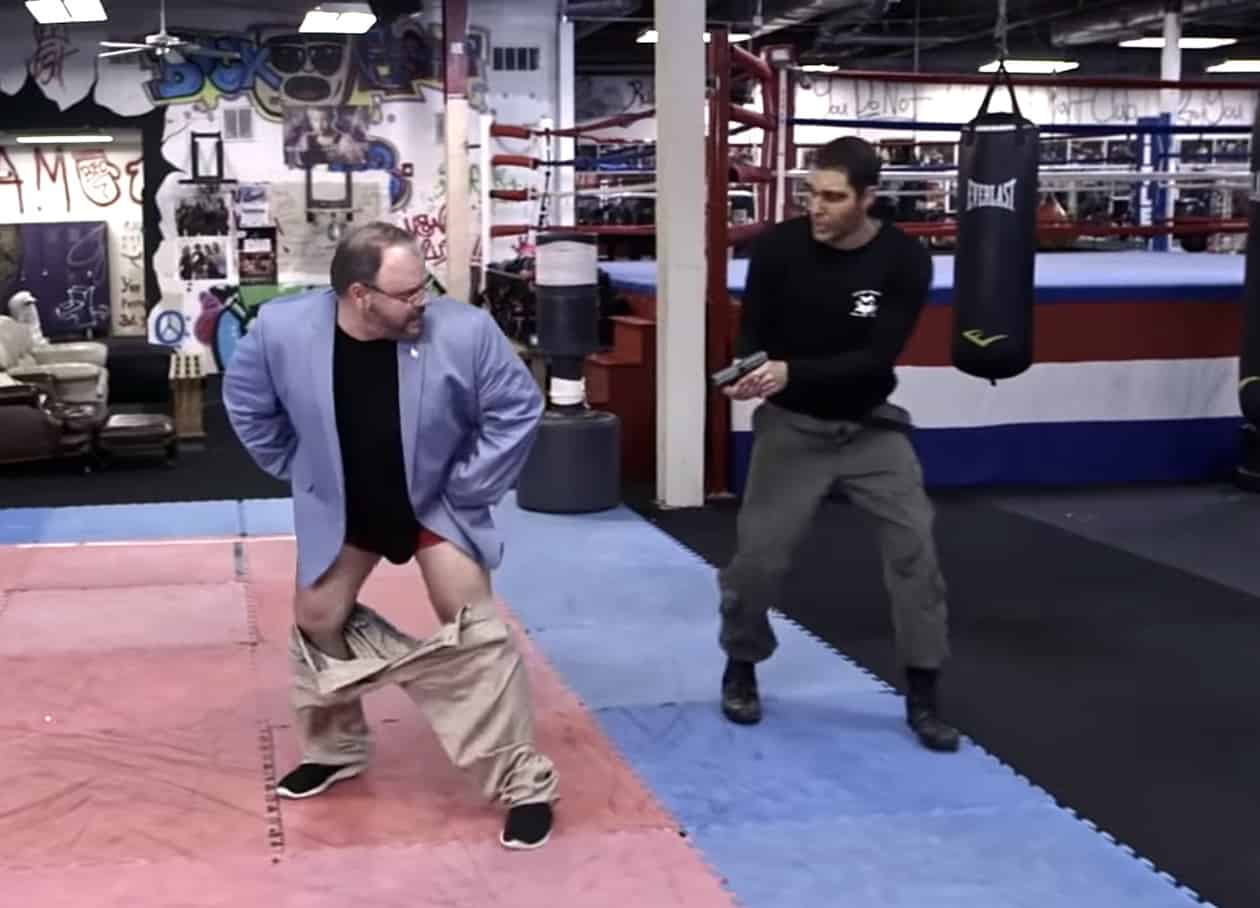 It’s a clip that really has to be seen to be believed. In a segment from Sacha Baron Cohen’s new show Who Is America?, Georgia Rep. Jason Spencer drops his pants and chases Cohen, who is posing as an anti-terrorism expert, around a gym floor yelling “America” in an exercise meant to demonstrate how to intimidate a terrorist.

Cohen convinces Spencer that a terrorist’s greatest fear is being a homosexual, and that they are terrified of being touched by bare male buttocks. Cohen also convinces Spencer to draw attention to terrorists in public by using the N-word, and teaches him to try to identify whether someone wearing a burka is a terrorist by shoving a selfie stick under their skirt while pretending to be a Chinese tourist.

Georgia House Speaker David Ralston is demanding Spencer resign over the clip, the Atlanta Journal Constitution reports: ‘In a statement shortly after the episode aired, Ralston said Spencer’s actions and language in the video are “reprehensible.” “Representative Spencer has disgraced himself and should resign immediately,” said Ralston. “Georgia is better than this.” Other Republican leaders also swiftly condemned Spencer. Secretary of State Brian Kemp removed the lawmaker from his list of endorsements ahead of Tuesday’s GOP runoff for governor and urged him to apologize. And Gov. Nathan Deal called his language “appalling and offensive.” “There is no excuse for this type of behavior, ever,” said Deal, “and I am saddened and disgusted by it.”’

Previous Post: « Win a Trip to New Orleans and Beat the Heat with These Five Must-Try NOLA Desserts
Next Post: Casey Cott: Kevin and Moose are ‘Definitely a Thing’ in Season 3 as ‘Riverdale’ Drops New Trailer: WATCH »