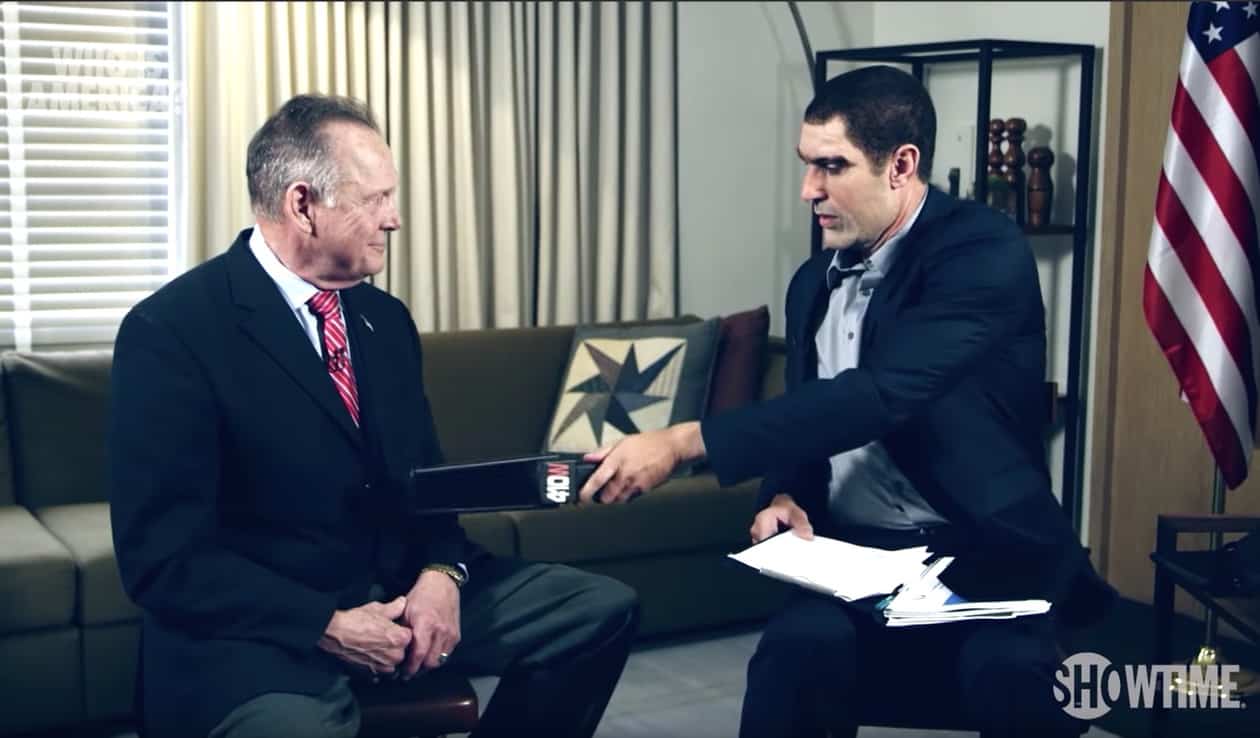 Failed Senate candidate, former Alabama Supreme Court justice, and alleged sexual predator Roy Moore sat down with Sacha Baron Cohen in the latest installment of his show Who Is America, in which Cohen poses as an interviewer to prank right-wing politicians.

In the clip, Cohen asked Moore why Alabama has such a strong connection with Israel.

Moore explained that “Alabama has always been a state that valued freedom valued liberty and appreciated what people went through to get it.”

Added Cohen: “Alabama has always been a place for equality.”

“Yes it has,” Moore agreed.

Further ingratiating himself with his subject, Cohen went on: “In Alabama people have always been free whatever their religion or race or sexuality.”

Moving on to another topic, Cohen said that Israel is very advanced technologically and that the Israeli government developed seismic waves to detect terrorist tunnels. And that the technology has been adapted for use in other ways, one of which is to detect sex offenders and pedophiles.

“It turns out that sex offenders and particularly pedophiles secret an enzyme which is actually detectable,” explained Cohen. “It is three times the level of non-perverts. So the phrase ‘sweating like a rapist’ is actually based on science.”

Cohen explained that they have developed a machine that is used in schools and playgrounds to detect sex offenders.

Cohen then pulled out the wand meant to screen a person for just that when the wand is waved around their body, and well, you can imagine what happened when the wand was placed near Roy Moore….