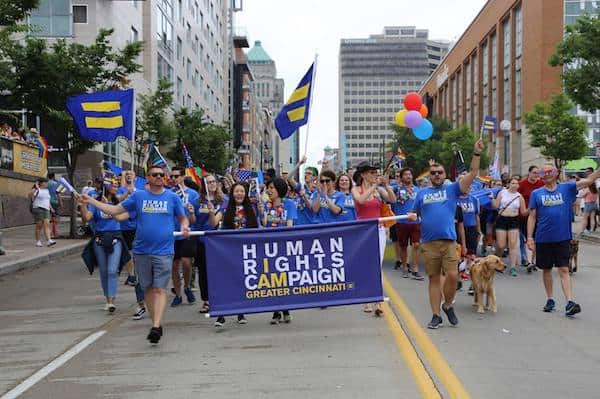 With 2018’s midterm election less than 100 days away, voters that value equality have a powerful partner bringing change across the nation.

The Human Rights Campaign, the largest civil rights organization working to achieve equality for LGBTQ people, is in the midst of a massive grassroots expansion. The bold initiative, HRC Rising, is leveraging $26 million and 130 political, field, grassroots organizing, volunteer engagement, communications, and digital staff to work across the country mobilizing equality voters. 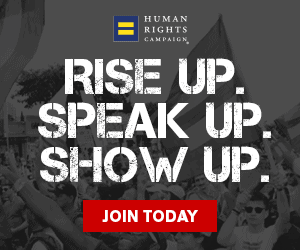 HRC Rising has been laying the groundwork for this November’s election since last summer.

“Equality Voters are our main target for [get out the vote], but they also turn out at a lower rate so we definitely have our work cut out for us,” HRC press secretary Ianthe Metzger told us via email. “That’s why we launched this campaign earlier than ever before to lay the groundwork for a robust [get out the vote] and training program, and that will help us win come November.”

The program focuses on crucial swing states Ohio, Michigan, Pennsylvania, Wisconsin, Arizona and Nevada, and will be endorsing candidates up and down the ballot.

It may be just the thing progressive candidates need to be victorious this fall. National exit polls showed LGBTQ voters were the only demographic group to increase its support for Hillary Clinton over Barack Obama in 2016 versus 2012. HRC Rising is focused on empowering LGBTQ voters and allies to lead the opposition to the Trump-Pence agenda.

“There are ten million LGBTQ voters — five percent of the electorate in 2016 — and millions more allies unwilling to vote for candidates who oppose our basic civil rights,” Metzger said. “We can and will deliver victories for pro-equality candidates and initiatives.”

HRC has already proven how powerful the Equality Vote can be. In 2016, the organization worked with Equality North Carolina to defeat North Carolina Governor Pat McCrory after he signed into law the discriminatory HB2, an anti-trans “bathroom bill” that also weakened LGBTQ civil rights protections. Fifty-seven percent of voters said the law was the main reason for voting out McCrory.

The upcoming midterm elections are just one step on the path to greater equality. By laying the groundwork for pro-equality majorities in the House and Senate, HRC Rising has 2020 in its sights, because we’ll need a pro-equality president to ensure federal LGBTQ protections are signed into law.

To get there, HRC recognizes the importance of building a coalition of allies.

“Equality Voters recognize that Trump’s attacks are not exclusive to the LGBTQ community, but also include people of color, Muslims, immigrants and more,” Metzger said. “We are stronger together in this fight and in our effort to pull the emergency brake on the discriminatory Trump-Pence agenda.”

Join the movement. Text “RISING” to 30644. By joining, you’ll be up to date on the latest LGBTQ news, actions and resources available. Visit hrc.im/Rising for more information.