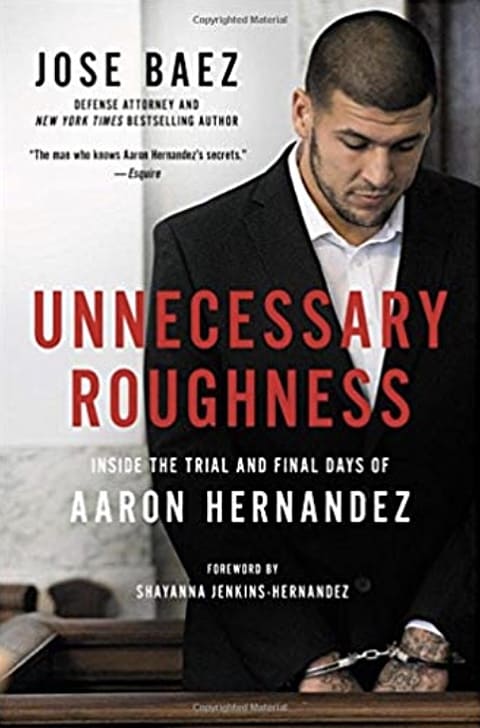 Shayanna Jenkins-Hernandez, the fiancee of the late NFL player Aaron Hernandez, who was convicted of murdering Odin Lloyd in 2013 and killed himself in his prison cell in 2017, writes about rumors he was gay in the foreword to a new book written by defense attorney Jose Baez.

Wrote Jenkins-Hernandez, via the Boston Herald: “There has been much speculation about Aaron’s sexuality since his death. I can say this: Aaron was very much a man to me. I saw no indication that he was gay or homosexual. I wish I had known how he felt, just so we could have talked about it. I wouldn’t have disowned him. I would have been supportive. I can’t fault him if he was feeling that way. When you love someone so much you just want to be there to support them. The fact that he felt he couldn’t come out to me or he couldn’t tell me these things hurts, because we had that bond. I’ve accepted that he may have been the way he was said to be, or that it may not be true. Regardless, I won’t know.”

In an Oxygen network special which aired in March, Aaron Hernandez Uncovered, defense attorney George Leontire said the former NFL player was tortured over the fact he was gay,

Said Leontire: “Aaron and I talked about his sexuality. This man clearly was gay. [He] acknowledged it. Acknowledged the immense pain that it caused him…I think that he also came out of a culture that was so negative about gay people that he exhibited some self-hatred.”