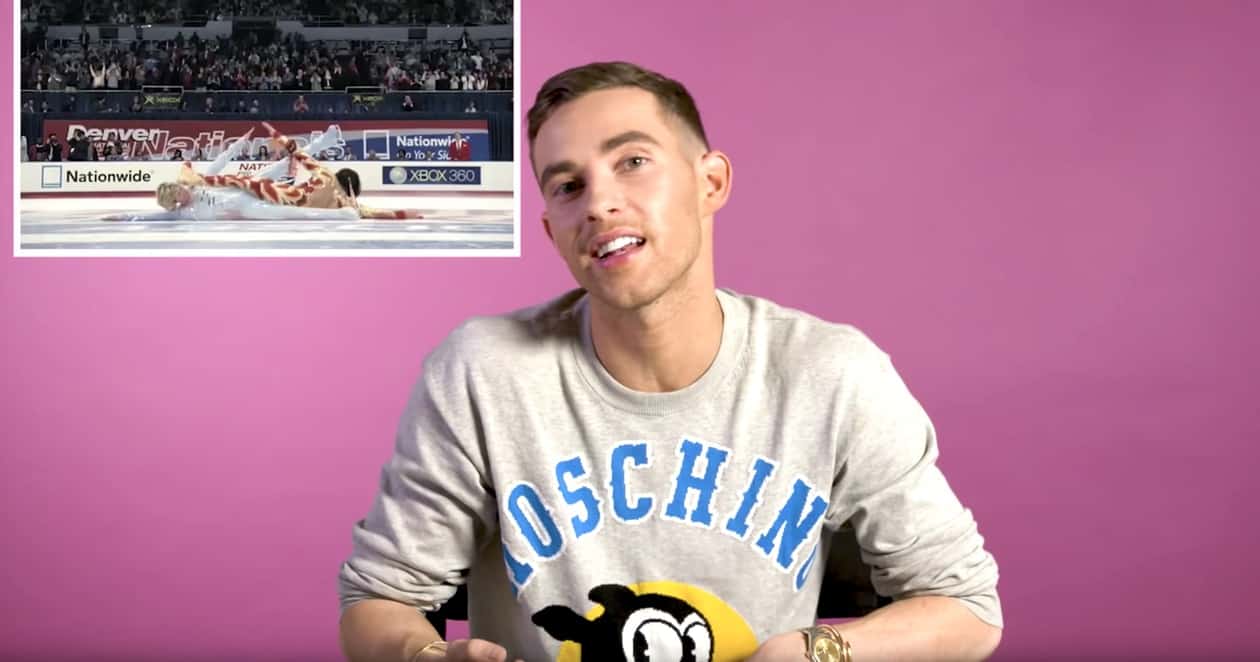 Apropos of nothing, GQ had Adam Rippon offer some insight and commentary on famous figure skating movies including The Cutting Edge, Blades of Glory, and I, Tonya.

First Rippon triple-lutzed into The Cutting Edge, the 1992 film in which a hockey player and an Olympic figure skating hopeful are forced to skate together.

“Basically, this would be impossible to have a year or two and then go to the Olympics as a pairs skater…” explained Rippon.

Rippon debunked some of the moves used in movies, specifically the “headbanger” in which one person is swung around and around. He also revealed that using spotlights in a competition would be disastrous.

Rippon said that the tension between hockey skaters and figure skaters comes down to a battle over ice time, trying to get “prime time” to do what they want on shared rinks, and also what hockey players do to the ice, gouging it and putting divots in it.

Rippon felt better about I, Tonya, and thinks the stunt double “nailed it” but pointed out some of the bad Photoshop cutting and pasting the editors did to make it look real.

As for Blades of Glory, Rippon thought it was  hilarious and one of his favorites, cackling at Owen Wilson’s twirl and fall against the wall: “The fall and the crash is to be expected….have I hit the wall like that? Yes I have.”

Rippon also pointed out that as a pairs skater your hands do get in places they aren’t supposed to be. Crotch grabbing does happen sometimes but “a ball to ball run-in” isn’t gonna happen.