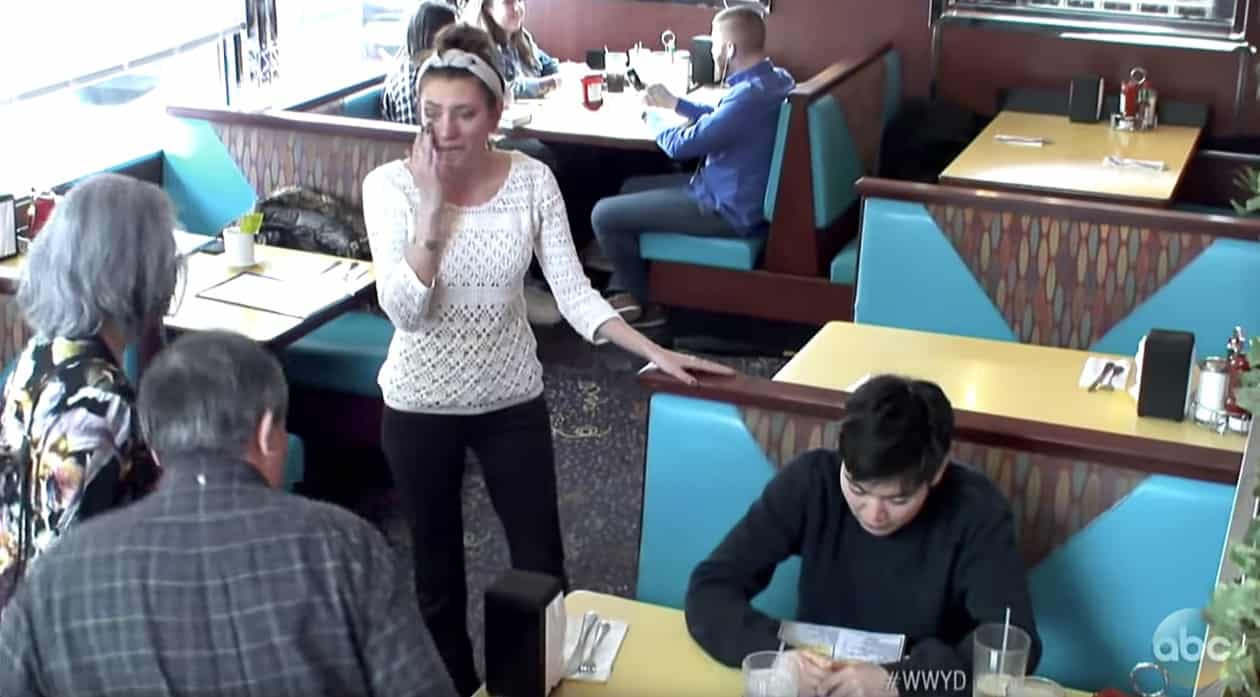 Coming out in a traditional Asian family presents its own set of challenges which were examined in a new segment from the ABC News show What Would You Do?

When “Daniel” came out to his parents in a New Jersey diner (which seems to be the favorite setting of this show), they reacted with horror.

Said the mother: “You won’t have a normal life if you’re gay.”

“Come on,” interjected an eavesdropping customer. “You’re embarrassing yourself.”

When Daniel’s parents got up to leave, the customer and her male companion joined them, telling him, “It’s not something you can help. It’s not a choice…Just from knowing Asian families they don’t accept that. It’s…not many families do. Don’t let that control your life, and kind of just, you know, find yourself, and do what makes you happy.”

Other customers were not so understanding. One customer who overheard Daniel’s coming out told the mother he considered it a “problem” and a “sin in the eyes of God” and advised her to seek the counseling of a pastor who would know what to do.

The actor playing Daniel, who identifies as queer in real life, said he’d expect a similar reaction if he ever tried to come out to his family in China.

Many other customers defended Daniel over his bigoted parents.

In the show’s final and most touching moment, a woman joined Daniel at his table in tears after his parents walked away, telling him, “I just want you to know it’s okay. There’s nothing wrong with being gay. Be yourself and if they can’t accept it that’s their problem.”

When confronted by them about getting involved, she stood up for him: “He’s very brave in coming out to you. I saw how sad he was and it made me sad…He’s your son. You love him, right? Maybe it just takes some time.”