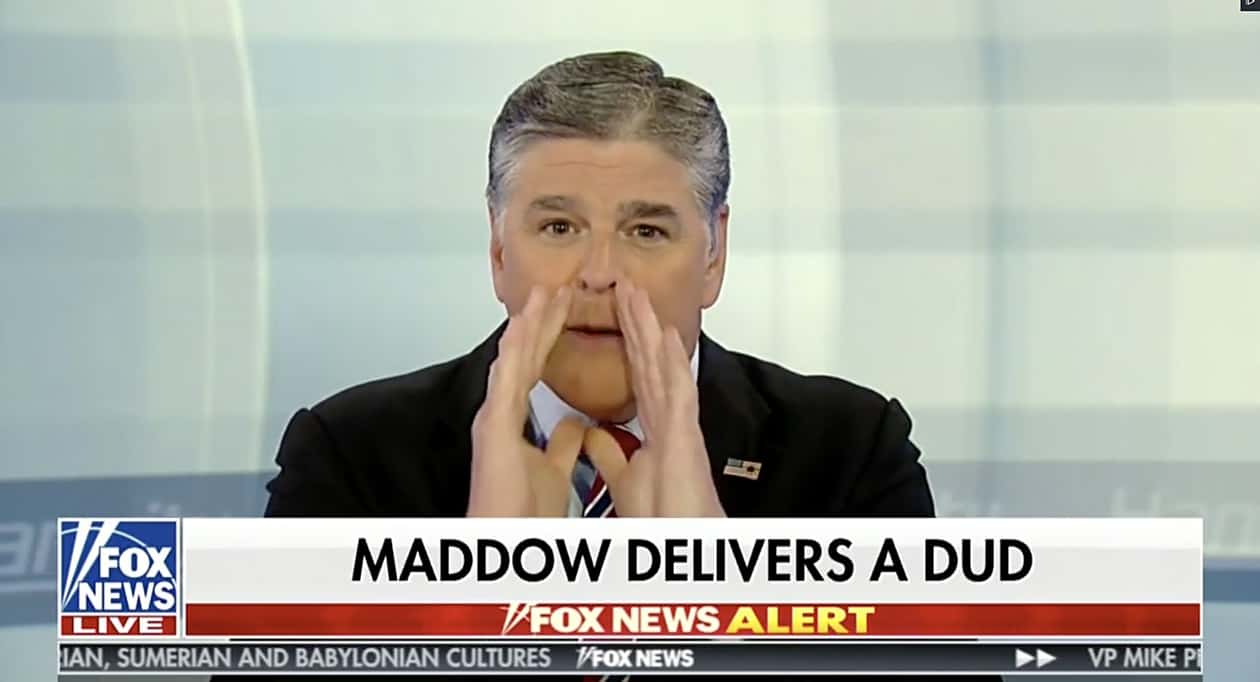 Over at State TV Trump proxy Sean Hannity was working hard last night to continue breaking down the facts-based media….

Yesterday’s report from Rachel Maddow featuring clips of Devin Nunes calling collusion a “criminal” act and revealing that there is definitely an intention, despite denials, on the part of Republicans to impeach deputy attorney general Rod Rosenstein, was peddled by Sean Hannity to his FOX News lemmings as “bizarre anti-Trump conspiracy theories and lies.”

Hannity also attacked CNN’s Jim Acosta for sitting down with Stephen Colbert, accusing him of “basking in the anti-Trump limelight” for discussing the attacks he’s been facing from Trump supporters at rallies.

Said Hannity: “Don’t expect, by the way, to hear any of this over at conspiracy TV MSNBC where their top, left of Mao — their words — conspiracy theorist Rachel Maddow is pushing, and busy pushing, more bizarre anti-Trump conspiracy theories and lies. This is 24/7. Tom Brokaw, pay attention, this is your NBC News. And last night’s show, well, she broke another bombshell report because there is a secret recording from the House Intel committee chairman Devin Nunes where he warned about the consequences if Nancy Pelosi and the Democrats take back the house in November. The horror! He told the truth.”