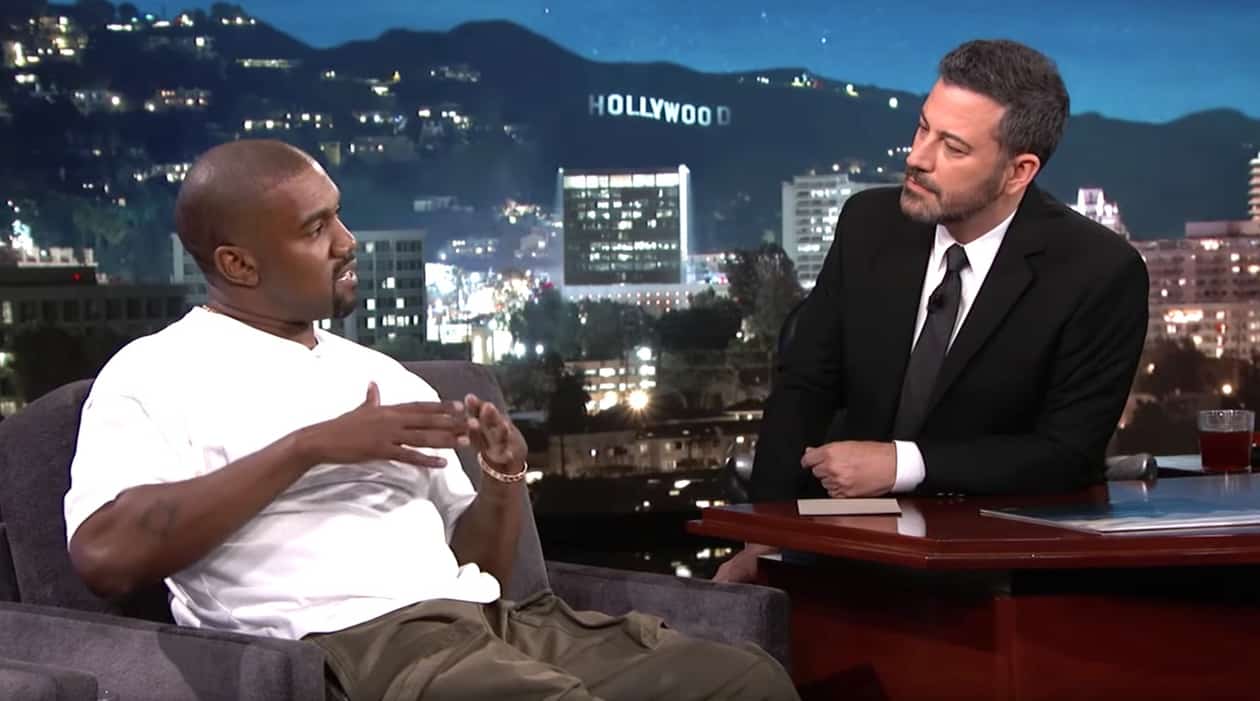 Kanye West sat down with Jimmy Kimmel for a wide-ranging interview on Thursday night that touched on the rapper’s support for Donald Trump.

Said West: “You know, it’s funny, in this world that we live in there’s two main motivating forces. I tweet about it all the time: love and fear. you can’t explain love. As a musician, African American, a guy out in Hollywood – all these different things – everyone around me tried to pick my candidate for me, and then told me every time I said I liked Trump that I couldn’t say it out loud or my career would be over, or I’d get kicked out the black community, Because blacks are supposed to have a monolithic thought, we can only be Democrats.”

Added West: “I said it [backing Trump] right before I went to the hospital, and I expressed myself, and when I came out I had lost my confidence so I didn’t have the confidence to take on the world and the backlash. And it took me a year and a half to have the confidence to stand up and put on the (MAGA) hat no matter what the consequences were, and what it represented to me is not about policies, because I’m not a politician like that, but it represented overcoming fear and doing what you felt no matter what anyone said, and saying you can’t bully me, liberals can’t bully me, news can’t bully me, the hip-hop community can’t bully me. Because at that point if I’m afraid to be me I’m no longer ‘Ye. That’s what makes ‘Ye. And I actually quite enjoy when people are mad at me about certain things.”

Kanye then went on about how Galileo was persecuted for saying that the Earth went around the Sun. He then spun a theory about how humans live in a simulation and you need to break that simulation to make change.

Added Kanye: “We’re always pushing out so much hate, and love can cure so much. you can replace pride with love. When I see people just even like go at the president, it’s like, why not try love. … One by one by one, we can diffuse this nuclear bomb of hate we’re in as a society by thinking of everyone as our family and how we treat our kids.”

Interjected Kimmel: “There are families being torn apart at the border of this country. There are literally families being torn apart as a result of what this president is doing. Whether we like his personality or not, his actions are what matter. You so famously, and so powerfully said, “George Bush doesn’t care about black people.” What makes you think that Donald Trump does  – or any people at all?”

Kanye, silenced, stared into space and Kimmel then went to break.