UNBLOCKED. Trump unblocks more Twitter followers after court order: “U.S. President Donald Trump on Tuesday unblocked some additional Twitter users after a federal judge in May said preventing people from following him violated individuals constitutional rights….The 41 blocked users include a film producer, screenwriter, photographer and author who had criticized President Trump or his policies. At least 20 of those individuals said on Twitter that Trump had unblocked them on Tuesday.”

LESS THAN TWO MINUTES. How long Donald Trump lasted, according to Stormy Daniels. 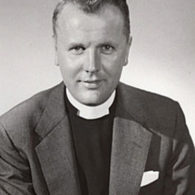 CHRIST AND THE HOMOSEXUAL. Rev. Robert Wood, who urged Christian acceptance of gay people, dies: ‘The Rev. Robert W. Wood, who boldly urged Christian clergymen in a 1960 book to welcome gay men and women to their churches in a time of widespread prejudice against them, and went on to march in early gay-rights protests, died on Aug. 19 at his home in Concord, N.H. He was 95.’

FLORIDA. Bernie-backed Andrew Gillum wins Democratic primary for governor, is Florida’s first black gubernatorial candidate. ‘Nominating Gillum represents a strategic break for Democrats. For most of the last 20 years, the party has nominated centrist candidates for governor, hoping they could appeal to middle-of-the-road voters and Republicans. It hasn’t worked, and Democrats have lost every governor’s race for the past 20 years. Gillum, 39, urged Democrats to try something different by nominating a progressive — him — to rally the Democratic base in November. Lesbian mom Lauren Baer wins U.S. House primary. ‘Baer beat corporate attorney and former U.S. Navy JAG officer Pam Keith. About 58 percent of St. Lucie and Martin county voters supported Baer. Palm Beach County was still counting election results.’

TYLER THE CREATOR. Rapper changes pronoun to “he” on love song “Sometimes”. 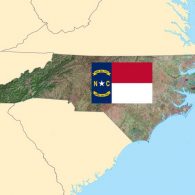 ‘UNMITIGATED CHAOS’ North Carolina Republicans freak after court strikes down state’s U.S. House district maps: ‘A three-judge panel on Monday ruled North Carolina’s 13 congressional districts were unconstitutional because they had been drawn with too much consideration of partisanship in order to give Republicans an unfair advantage, in violation of the First Amendment rights of state voters. The panel gave plaintiffs and respondents until Friday to suggest a path forward, one that could lead to new district lines being drawn just days before the state Board of Elections has to print ballots for midterm elections on Nov. 6.’

REAL ESTATE. David and Julia Koch, NYC’s richest couple, buy $40 million mansion on a whim: ‘The seller was real-estate mogul Joseph Chetrit, who bought the property as part of six 19th-century row houses in 2007 for a combined $26 million and turned them into three double-wide mansions — gutting the interiors but keeping the facades intact. The one the Kochs bought was the largest of the three. “They just fell in love with it and felt like they had to have it,” a source said.’

CRAIG ZADAN. Memorial for prolific producer to be held: “The event, to be held at the Television Academy’s headquarters in North Hollywood, was originally set up to be the ETF’s annual West Coast gala Thespians Go Hollywood, which was to honor Zadan and his producing partner Neil Meron with the group’s first-ever Theatre For Life Award. But after Zadan’s sudden death a week ago at age 69 due to complications from shoulder surgery, the evening will now become the official memorial and celebration of Zadan’s legacy.”