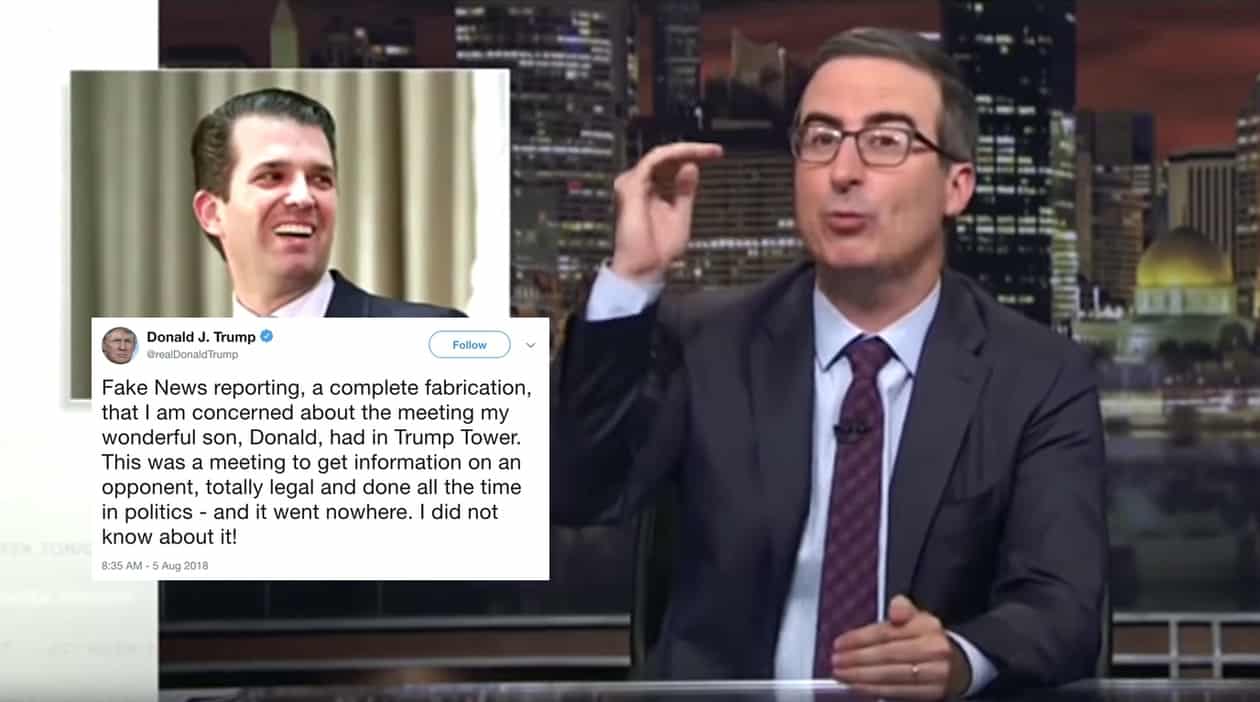 “With investigators seemingly closing in on multiple fronts, the president this week was apparently worried,” explained John Oliver in the opening of Last Week Tonight, before quoting this Washington Post report:

“As one adviser described the president’s thinking, he does not believe his son purposefully broke the law, but is fearful nonetheless that Trump Jr. inadvertently may have wandered into legal jeopardy.”

Said Oliver: “You know what? That seems pretty plausible, to be honest. On the long list of things Don Jr. is likely to wander into, legal jeopardy is right up there with the women’s dressing room and a screen door.”

Oliver then discussed a tweet Trump posted on Sunday in response to the WaPo report which admitted that the reason for the infamous Trump Tower meeting between Russians and members of his campaign was “to get information on an opponent.”

Quipped Oliver: “There is so much wrong there. From the fact that it undermines the excuse he supposedly dictated that this meeting was about Russian adoptions to claiming he didn’t know about it, and if he did nothing happened and if it wasn’t he didn’t know about it. But perhaps the most galling lie in there is describing Donald Jr. as a ‘wonderful son.’ That is just flagrantly false! He’s barely even the most wonderful Donald Trump.”

Oliver then dove into the trial of Paul Manafort, “a man who could be convicted of every crime on earth and still not be as guilty as he looks.”