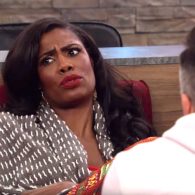 UNHINGED. Omarosa secretly recorded conversations with Trump: ‘For months, it has been rumored that Manigault had clandestinely recorded on her smartphone “tapes” of unspecified private discussions she had in the West Wing. Audio actually does exist, and even stars Manigault’s former boss.

PULLOUT OF THE DAY. Tribune withdraws from $3.9 billion Sinclair Broadcast Group buyout and will sue: ‘The company said Sinclair failed to uphold its contractual obligation to make reasonable best efforts to get regulatory sign-off as quickly as possible. “In light of the FCC’s unanimous decision, referring the issue of Sinclair’s conduct for a hearing before an administrative law judge, our merger cannot be completed within an acceptable timeframe, if ever,” said Tribune CEO Peter Kern in a statement.’

BILL SHINE. White House Communications Director Bill Shine settles lawsuit alleging he outed gay man: ‘The lawsuit relates to an abandoned Fox Business reality show about a family-owned business conducting lucrative estate sales in Florida. The show was to star Silas Pierce. After Fox News walked away from the series, producer Leftfield Pictures filed a $4.5 million lawsuit in New York court alleging breach of contract. Fox News then responded with a fraud counterclaim. The cable news giant explained that it dropped the series after learning that the gay castmember didn’t have a legal relationship with supposedly adopted children. That was supposedly a problem for a family-oriented show. 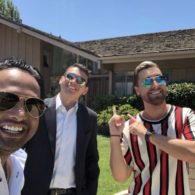 LANCE BASS. Will he be in the Brady Bunch house after all: “We’re told HGTV and Lance are scheduled to meet next week to discuss getting him involved in the network’s future plans with the house — namely, restoring it to its 1970s form on the inside for a new TV show. The crib’s remained pretty much the same on the outside.”

MALAYSIA. Minister orders removal of LGBT portraits from exhibition: ‘The director of the George Town Festival said he was “directed” to take the portraits out by the minister of Islamic affairs, Mujahid Yusof Rawa. Mr Mujahid said the promotion of LGBT culture was not supported in Malaysia.’

THE CONNERS. Roseanne reportedly dead on new show. ‘The logline for The Conners suggests that Roseanne has died: the series “will follow the Conner family who, after a sudden turn of events, are forced to face the daily struggles of life in Lanford in a way they never have before.” When asked how Roseanne’s departure will be addressed on the spin-off — and if the logline’s implications are true — Dungey said that this topic is “the thing [she] can’t talk about.” ‘

L.A. NIGHTS. Sam Smith and Adam Lambert stop by the Abbey: ‘According to the Abbey, Smith partied at the famous bar on Thursday and only would agree to take photos if Britney Spears played. Judging by the number of snaps of Smith, the DJ complied. Lambert also dropped by with some friends on Thursday and a new look of a mustache and beard. Other celebrities that dropped by included Carson Kressley and Jai Rodriguez from “Queer Eye for the Straight Guy.”

MUSIC VIDEO OF THE DAY. Big Freedia and Lizzo “Karaoke”.

Previous Post: « Stephen Colbert Grills CNN’s Jim Acosta on What It Feels Like to Be Continually Accosted by Trump: WATCH
Next Post: New Musical ‘Be More Chill’ Is Like an Incel’s Answer to ‘Mean Girls’: REVIEW »