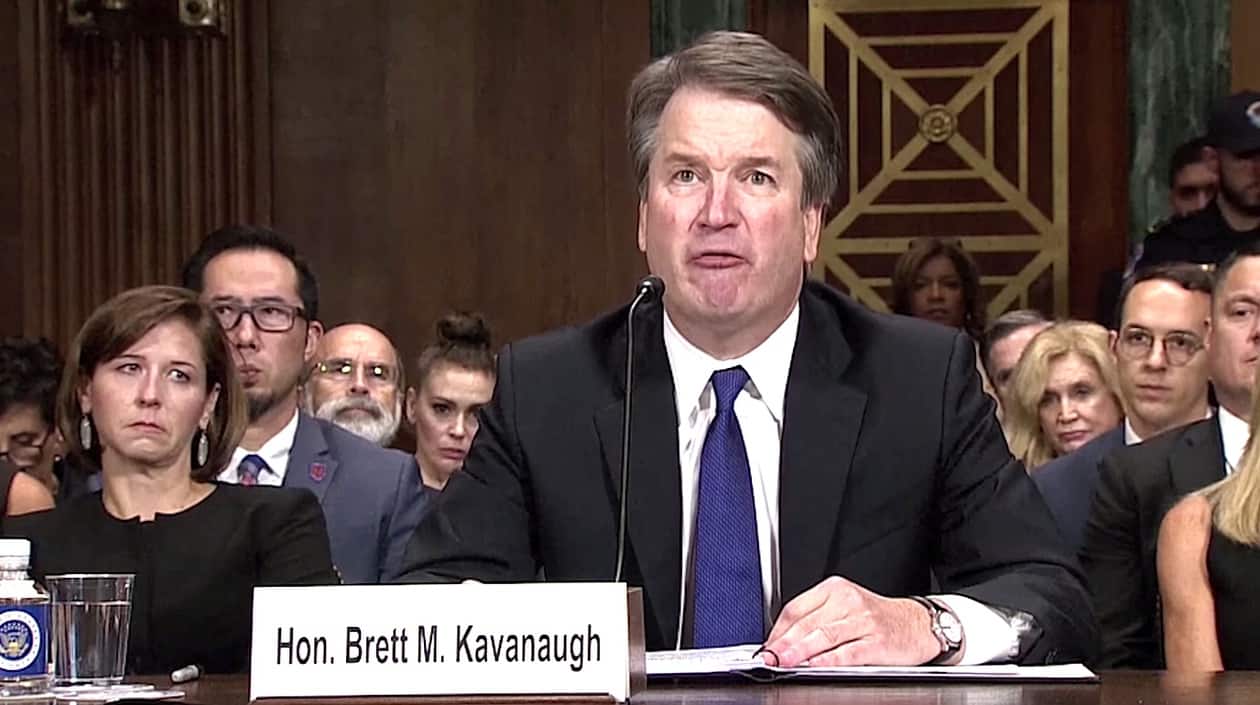 Democratic operatives predict Kavanaugh impeachment will emerge as a major 2020 campaign issue if he’s confirmed to the Supreme Court. The Senate Judiciary Committee is moving ahead with a vote on Friday morning following yesterday’s historic, ugly hearing at which multiple Democrats called unsuccessfully on the nominee to call for an FBI investigation to clear his name.

Axios reports: ‘The impeachment talk reflects the conclusion of Democrats and Republicans close to the Senate Judiciary Committee that Kavanaugh’s confirmation is more likely than not — and certainly more likely than it was 24 hours ago…A Republican insider texted his belief that Kavanaugh will make it (something the insider had doubted earlier in the day) and added: “What ugly times. We may be doomed.”…If Kavanaugh is confirmed, Democrats could be expected to question the legitimacy of his swing Supreme Court vote. Congress degraded itself yesterday. And the Trump White House of course has serious credibility issues.’

Previous Post: « Trans Representation Comes at a Price in ‘The Nap’ on Broadway: REVIEW
Next Post: American Bar Association Calls for FBI Investigation, Halt to Senate’s Vote on Kavanaugh »