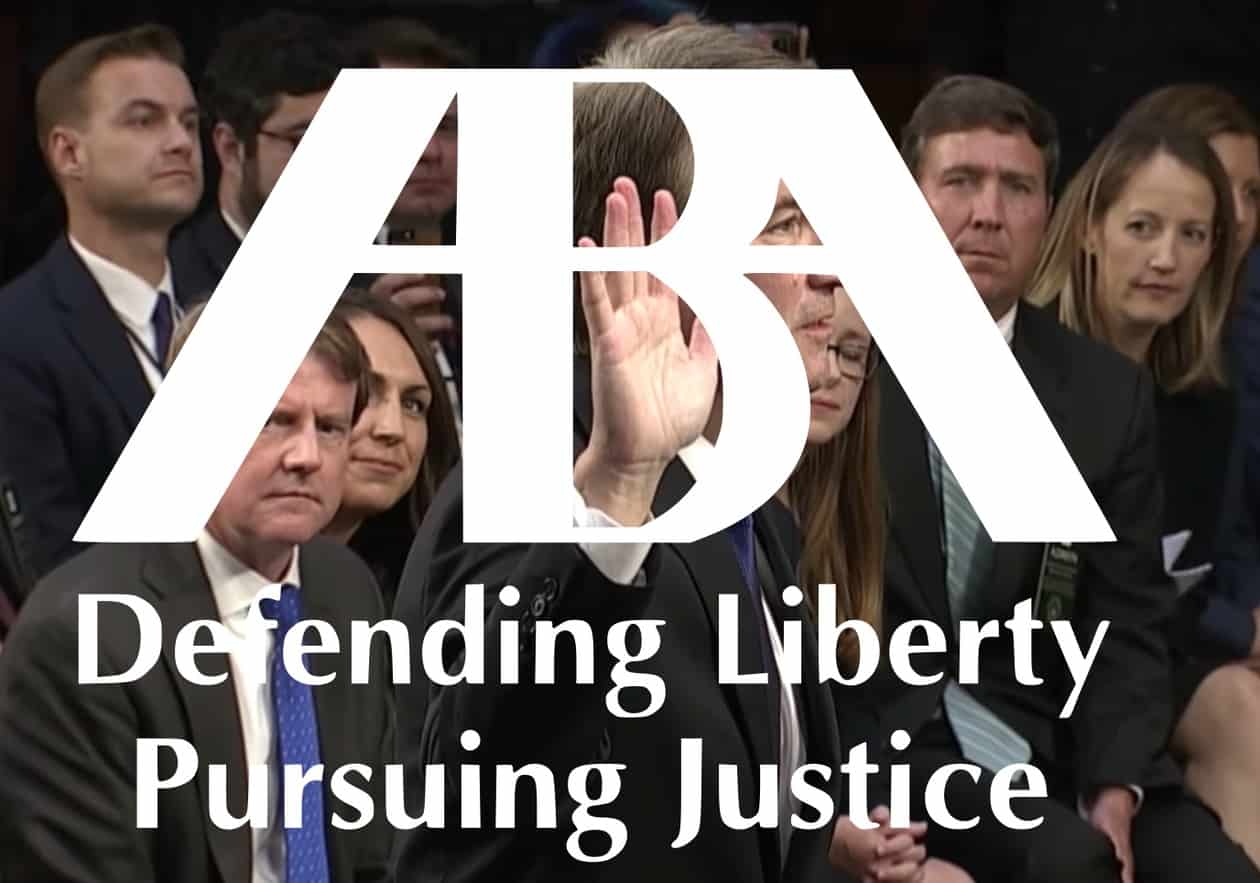 The American Bar Association has called for an FBI investigation into the allegations against Brett Kavanaugh before the Senate Judiciary Committee votes on his nomination.

CNN reports: ‘In a strongly worded letter obtained by CNN Thursday, the organization said it is making the extraordinary request “because of the ABA’s respect for the rule of law and due process under law,” siding with concerns voiced by Senate Democrats since Christine Blasey Ford’s decades-old allegations became public…The comments are striking because the organization gave Kavanaugh its highest rating of unanimous, “well-qualified” for the Supreme Court. Kavanaugh himself touted that rating at Thursday’s emotionally-charged hearing where he denied Ford’s sworn testimony that he attempted to rape her when they were teenagers.’

Wrote the ABA: “The basic principles that underscore the Senate’s constitutional duty of advice and consent on federal judicial nominees require nothing less than a careful examination of the accusations and facts by the FBI…Each appointment to our nation’s Highest Court (as with all others) is simply too important to rush to a vote…Deciding to proceed without conducting additional investigation would not only have a lasting impact on the Senate’s reputation, but it will also negatively affect the great trust necessary for the American people to have in the Supreme Court.”

Previous Post: « Brett Kavanaugh Impeachment to Emerge as 2020 Campaign Issue if He’s Confirmed
Next Post: Cher’s Full ‘Dancing Queen’ ABBA Cover Album Has Arrived, and You Can Listen to it All Here »