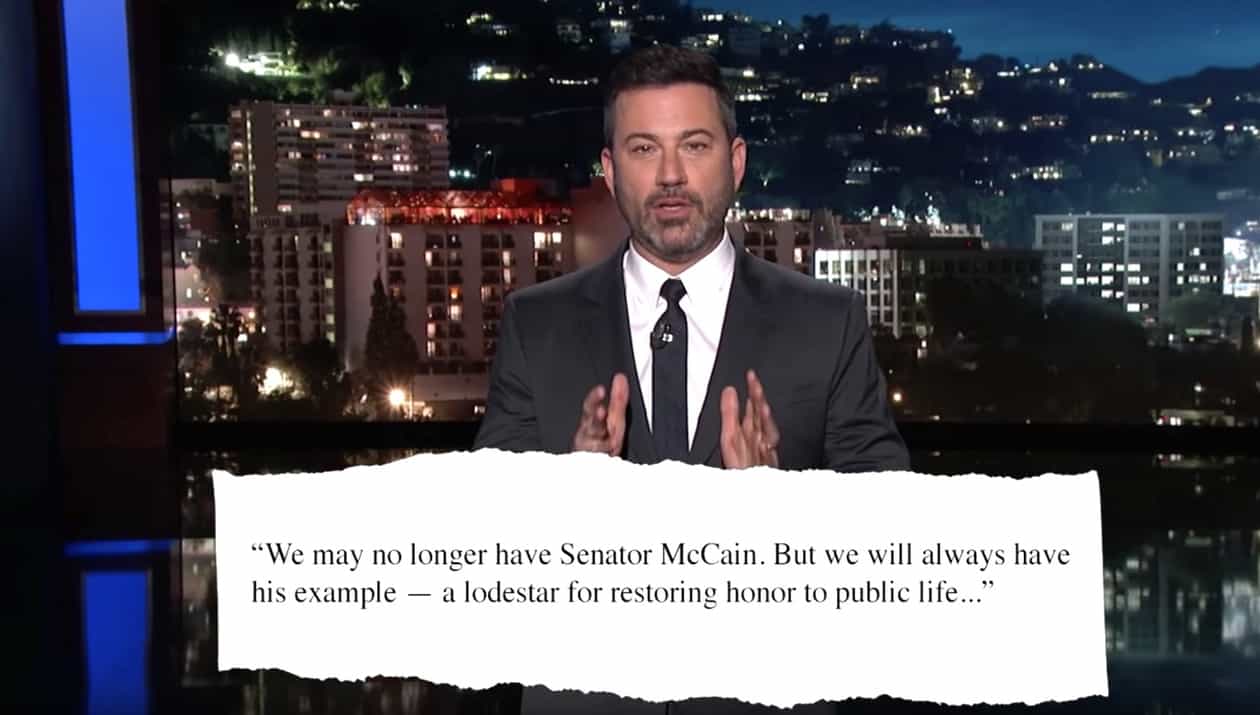 Wrote the op-ed’s author: “We may no longer have John McCain. But we always have his example – a lodestar for restoring honor to public life…”

Said Kimmel, playing a montage of Pence using the word lodestar: “It’s not a common word, ‘lodestar.’ Not a lot of people use that word. But you know who uses that word? This guy! That’s right, Michael Elizabeth Pence uses the word ‘lodestar.’ Wouldn’t that be something it was Mike Pence?”

Added Kimmel: “Could you imagine what it must be like to have a job at which almost everybody who works for you thinks you’re a complete idiot? Kimmel asked. “I can! I’ll tell you something, it’s no fun at all!”