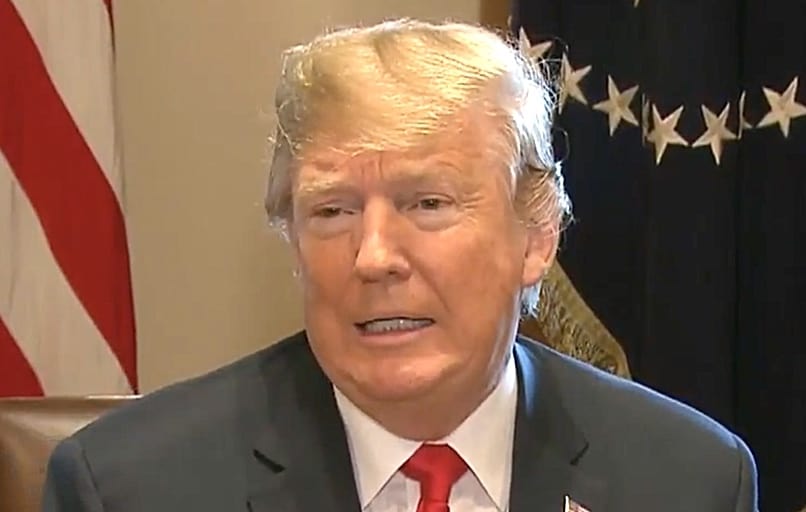 The New York Times has published an anonymous op-ed by a senior Trump administration official who says that “many of the senior officials in his own administration are working diligently from within to frustrate parts of his agenda and his worst inclinations.”

The official says they are doing so because “the president continues to act in a manner that is detrimental to the health of our republic,” adding that “ours is not the popular ‘resistance’ of the left” but one working toward the success of the policies he has put in place, successes that “have come despite — not because of — the president’s leadership style, which is impetuous, adversarial, petty and ineffective.”

Adds the official: “The root of the problem is the president’s amorality. Anyone who works with him knows he is not moored to any discernible first principles that guide his decision making. Although he was elected as a Republican, the president shows little affinity for ideals long espoused by conservatives: free minds, free markets and free people. At best, he has invoked these ideals in scripted settings. At worst, he has attacked them outright. In addition to his mass-marketing of the notion that the press is the “enemy of the people,” President Trump’s impulses are generally anti-trade and anti-democratic…”

The op-ed confirms many of the reports in Bob Woodward’s new book Fear, which reported that top officials remove papers from Trump’s desk to stop him from seeing and signing them: “The erratic behavior would be more concerning if it weren’t for unsung heroes in and around the White House. Some of his aides have been cast as villains by the media. But in private, they have gone to great lengths to keep bad decisions contained to the West Wing, though they are clearly not always successful. It may be cold comfort in this chaotic era, but Americans should know that there are adults in the room. We fully recognize what is happening. And we are trying to do what’s right even when Donald Trump won’t.”

The NYT was also taking questions about the op-ed which would be answered by Op-Ed editor, James Dao.