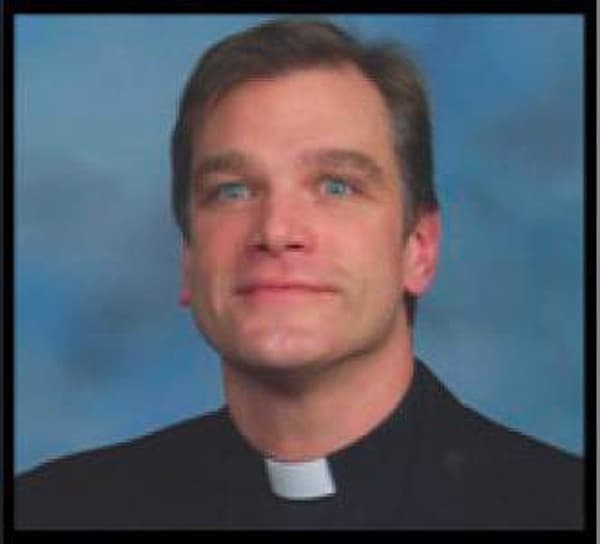 Rev. Paul Kalchik, a Roman Catholic priest at Resurrection Parish in Chicago, held an “exorcism” with parishioners in which they burned a rainbow flag that had once been hung in the church. The flag-burning was held in defiance of orders from Cardinal Blase Cupich.

Kalchick wanted to hold the “exorcism” as a way to solve the clergy abuse scandal, falsely equating homosexuality with pedophilia in a footnote on his announcement of the flag-burning: “US Church homosexual scandal is a sequel to the story of Sodom and Gomorrah.”

Said Kalchick to NBC News: “We did so in a private way, a quiet way, so as not to bring the ire of the gay community down upon this parish. It’s our full right to destroy it, and we did so privately because the archdiocese was breathing on our back. So in a quiet way we took matters into our own hands and said a prayer of exorcism over this thing. It was cut into seven pieces, so it was burned over stages in the same fire pit that we used for the Easter vigil mass.”

Kalchick told NBC News he takes Leviticus 20:13 literally when it states: “If a man also lie with mankind, as he lieth with a woman, both of them have committed an abomination: They shall surely be put to death.”

WGN reports on the flag-burning:

Previous Post: « Rachel Maddow: Why Are Republicans So Desperate to Not Have the FBI Investigate Brett Kavanaugh’s Alleged Sexual Assault? — WATCH
Next Post: Brett Kavanaugh Accuser Opens Negotiations to Testify Next Week »