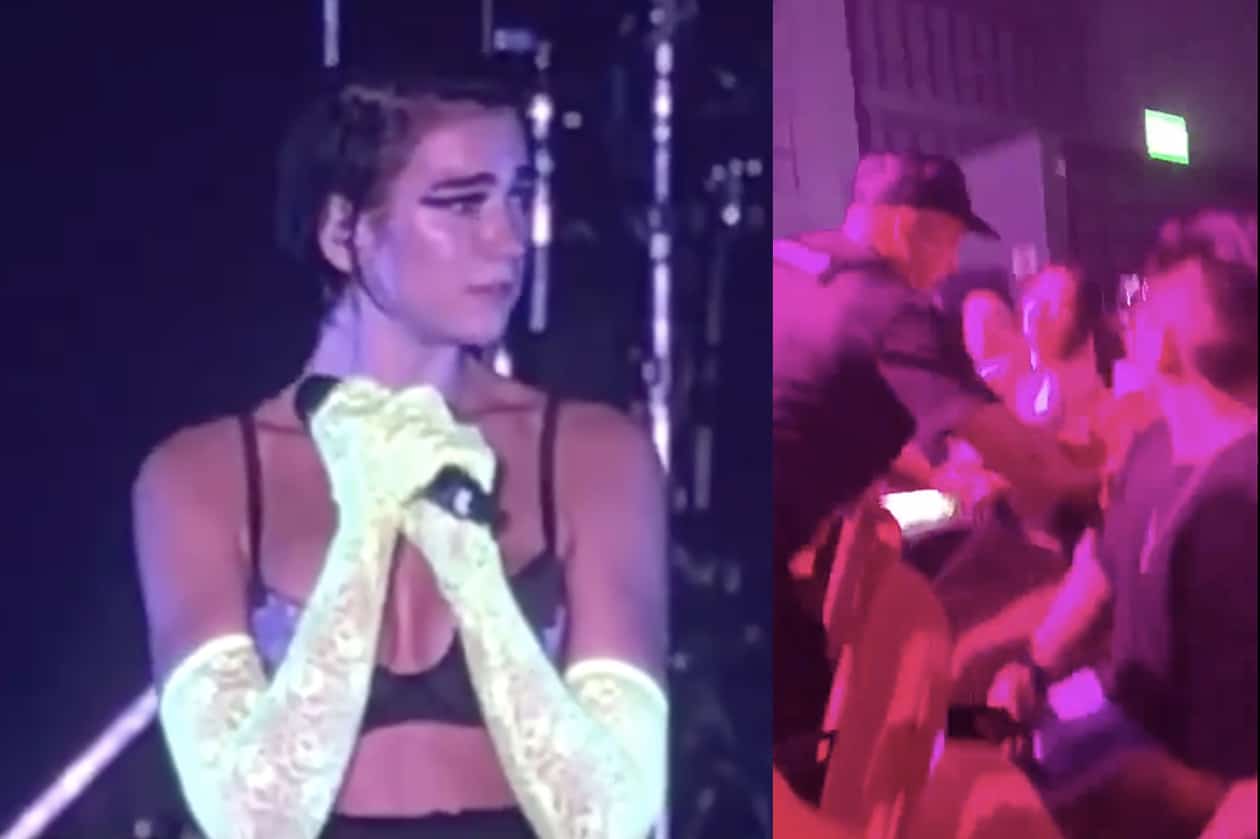 Last week we reported that fans were violently dragged from Dua Lipa’s concert in Shanghai after waving rainbow flags.

Police have reportedly arrested the security guards responsible for the ejections: “Qingpu police have said two security guards, known as 22-year-old Zhu and 20-year-old Nai, had argued with and beat members of the audience during Lipa’s gig. They have been given a 10-day detention, while the security company they worked for has been ordered to take steps to prevent other incidents like it happening again.”

Lipa, the British pop phenom behind the hits “New Rules“, “One Kiss“, “IDGAF“, and “Electricity“, was visibly disturbed after watching the incident. The singer addressed the crowd, holding back tears.

She later shared a message on social media which read: “I will stand by you all for your love and beliefs and I am proud and grateful that you felt safe enough to show your pride at my show. What you did takes a lot of bravery. I always want my music to bring strength, hope and unity. I was horrified by what happened and I send love to all my fans involved.” She pledged to return to Shanghai “when the time is right and hopefully see a room full of rainbows.”

Previous Post: « Kirstie Alley: John Travolta is Not Gay, ‘We Fell in Love with Each Other’
Next Post: Cardi B Denies Posting Transphobic Meme on Facebook »