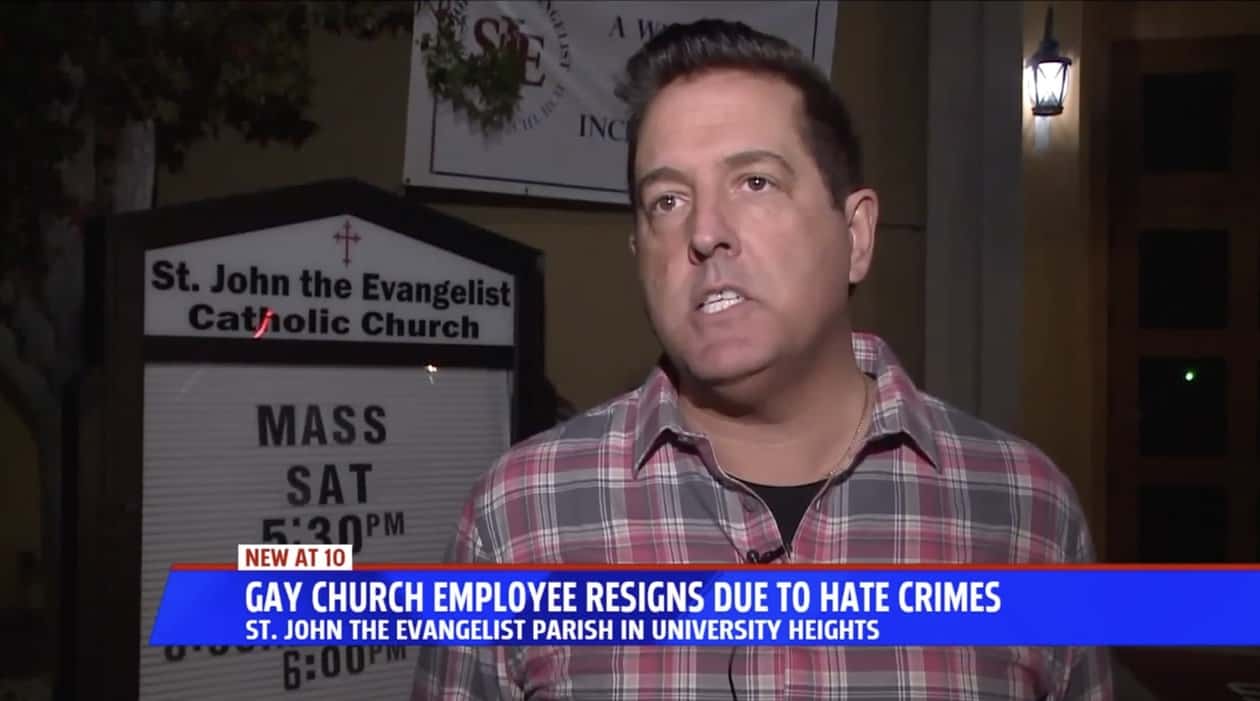 The last straw, he says, was when the aggressors “posted pictures of [his] family, including a photo of [his] deceased mother, stated where [he lived], and went back years to try and find anything on [him]. ”

Bianco detailed the attacks in a letter written to the National Catholic Reporter on October 19: ‘As most of you know, I have endured physical and emotional violence from groups like Church Militant and LifeSite News for the past year and a half. As I wrote earlier in the week, they have slashed my tires, left me death threats, physically attacked me outside of mass and sent hundreds of letters, phone calls and emails. This past week they took it to another level. They broke into the office/rectory and spray painted “no fags” on the conference room wall. Then, on Wednesday, LifeSite News and the Lepanto Institute published an article about me. This was the final straw. They posted pictures of my family, including a photo of my deceased mother, stated where I live, and went back years to try and find anything on me. All of this is done to intimidate and scare me into resigning. These groups are no different then organized crime. They have gone after me relentlessly hoping to bring me to my knees. These groups, and those who act on their rhetoric must be stopped! We cannot allow this to continue in a Church that was founded on Jesus’ message of love and acceptance. I will be looking at hiring legal counsel to stop the slander against me.’