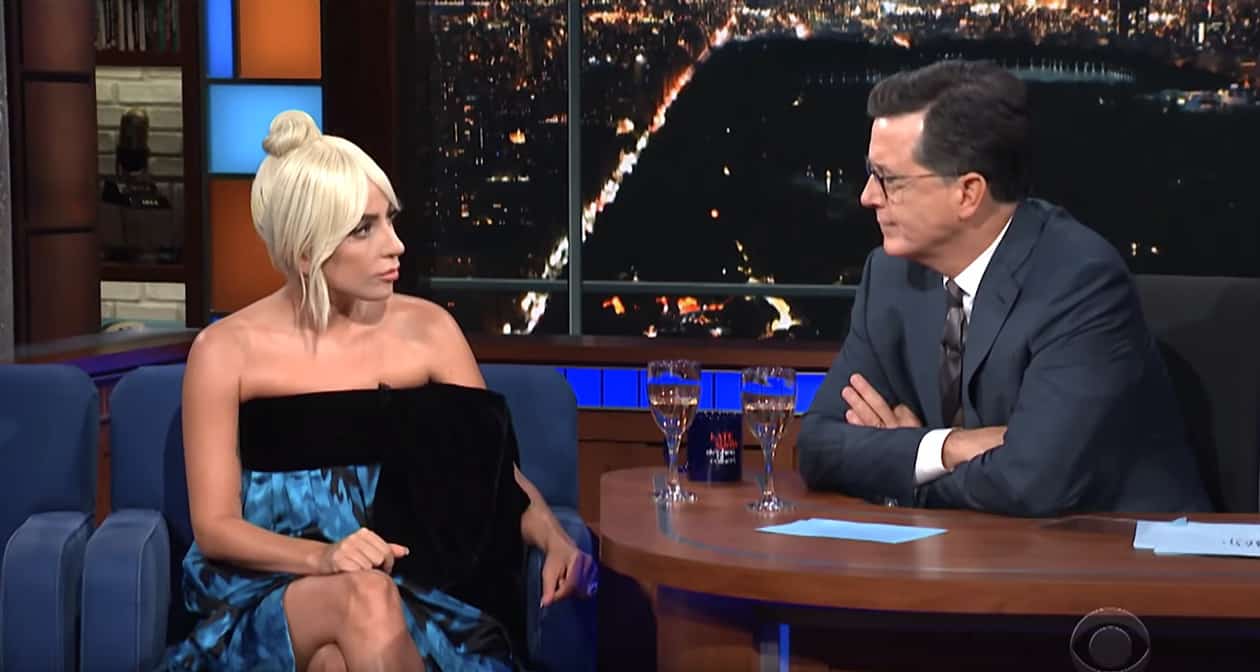 Lady Gaga spoke out as a sexual assault survivor in a powerful defense of Christine Blasey Ford on Thursday night in an interview with Stephen Colbert on The Late Show.

Colbert pointed out that Gaga, whose film A Star is Born premieres today (read our review HERE), has been an outspoken activist for women and the LGBTQ community, and asked her about the current political environment.

Said Gaga: “When it comes to the political stuff with you I’m gonna say bring it on, because what I have seen on the news with this debate of Kavanaugh vs. Dr. Ford, it’s one of the most upsetting things I have ever witnessed.”

She went on: “It’s heartbreaking, but I will tell you something because I am a sexual assault survivor.”

Gaga then described Trump at the recent rally when he asked the crowd whether they should trust that Dr. Ford remembered the sexual assault.

“And the answer is yes,” said Gaga. “And I’ll tell you why…If someone is assaulted or experiences trauma, there is science, and scientific proof, it’s biology, that people change. The brain changes. And literally, what it does is it takes the trauma and it puts it in a box and files it away and it shuts it so that we can survive the pain. It also does a lot of other things. It can cause body pain. It can cause baseline elevations in anxiety. It can cause complete avoidance of wanting to even remember or think about what happened to you…When this woman saw that Judge Kavanaugh was going to be possibly put in the highest position of power in the judicial system of this country she was triggered, and that box opened, and when that box opened she was brave enough to share it with the world to protect this country.”

The rest of the interview in which she explains how she got involved with A Star is Born:

Previous Post: « Comedian Amy Schumer Among More Than 300 Arrested at Kavanaugh Protest: VIDEOS
Next Post: Charli XCX and Troye Sivan Take a Nostalgia Trip Back to ‘1999’ on New Single: Listen »