Many consider the 1960s as the beginning of modern LGBTQI+ Rights Movement, but to understand why it was such a watershed moment, one needs to look a little earlier.

While queer people have been an integral part of human history, from Socrates to Oscar Wilde, the 1930s saw a massive cultural backlash during the Great Depression. Homosexuals were branded deviants, pedophiles and mentally ill. Local laws prohibited homosexuals from gathering in public places, and bars were threatened with losing their liquor license for hiring or serving queer people. Anti-gay policing in the ’30s, ’40s, ’50s and ’60s forced venues to close and led to more than 50,000 men arrested in New York alone.

In Washington D.C., Senator Joseph McCarthy turned his attention to homosexuals in the State Department during the infamous 1950s “Lavender Scare.” Thousands of Federal employees lost their jobs, were forced out of the closet and some even committed suicide.

Despite the galvanizing gay community and increased scientific study, the prevailing mainstream attitudes toward homosexuality can best be described by the 1961 short “educational” film, Boys Beware.

(And, in case you were wondering, yes, there was a Girls Beware as well.)

The fear and stigma associated with homosexuality is why Hollywood heartthrob Tab Hunter stayed in the closet until the release of his biography in 2005. He spent the earlier part of the ’60s starring in films like The Pleasure of His Company opposite Debbie Reynolds and Ride the Wild Surf. He settled in the south of France for the latter years of the 1960s while butching it up in Spaghetti Westerns like The Last Chance and Bridge Over the Elbe.

While Tab was playing straight on screen, bisexual writer Susan Sontag published her first major essay, “Notes on Camp,” codifying a core queer sensibility (and Sontag’s “notes” are still being honored today: see next year’s Met Gala). As if her essay conjured it into existence, one of the pioneering so-bad-it’s-good films, Valley of the Dolls, was released in 1967, and it’s been a fixture in the camp oeuvre every year since.

Of course, every decade has its divas, and the ’60s were no different. A young Barbra Streisand was finding her footing at the Lion, a gay bar in Greenwich Village. It was her then boyfriend (and later out homosexual) Barry Dennen that had first encouraged her to start singing at the Lion, and gay director/playwright Arthur Laurents cast her in her star-making role in I Can Get It For You Wholesale. She would close out the decade with her first Academy Award for Funny Girl, and, truly, a star was born.

As one of the all-time legendary divas ascended, the greatest gay icon of all time Judy Garland reached the end of her career. She performed what many consider to be the greatest night in show business when she took the stage at Carnegie Hall April 23, 1961. She hosted three television specials and one season of the Emmy-nominated variety show, The Judy Garland Show.

After spending the decade on a breakneck touring schedule (thanks to years of financial mismanagement), Garland died of an accidental overdose on June 22, 1969.

Perhaps the most influential work of art to impact the burgeoning LGBTQI+ liberation movement was Mart Crowley’s play The Boys in the Band. The ground-breaking, off-Broadway play offered an unapologetic glimpse of homosexual life. TIME Magazine lauded the play, while still expressing some unease about its themes in its 1968 review:

“For better or worse, homosexuality and the gay-life subculture are becoming acceptable as dramatic themes, to be treated with the same frankness as heterosexual relations. Probably the most overt example of this trend is The Boys in the Band, which opened off-Broadway last week. Neither patronizing nor proselytizing, it coolly takes the milieu of the homosexual for granted. It is also a funny, sad and honest play about a set of mixed-up human beings who happen to be deviates.”

Politically, the ’60s were defined by the Civil Rights Movement. The fight for economic and social justice for the African-American community not only informed the coming LGBTQI+ and Women’s Rights movements, but at least one gay person was instrumental in its design.

Bayard Rustin was instrumental in crafting the Civil Rights Movement’s non-violent protests and demonstrations. After studying Gandhi’s methods in India, he worked closely advising Dr. Martin Luther King Jr. Senator Strom Thurmond attempted to use Rustin’s sexuality to delegitimize his work, making public Rustin’s arrest for sex in a car years earlier. (He also attempted to insinuate Rustin and King were in a homosexual relationship.) Despite being an integral part of the March on Washington, Rustin did not receive adequate credit due to his sexuality.

Mounting tensions with police, increased visibility from works like The Boys in the Band and the trail blazed by the Civil Rights Movement coalesced into the spark that would ignite what would become known as Pride. Hours after Judy Garland’s funeral, in the early hours of June 28, 1969, the Stonewall Inn in New York City’s Greenwich Village was raided by police. 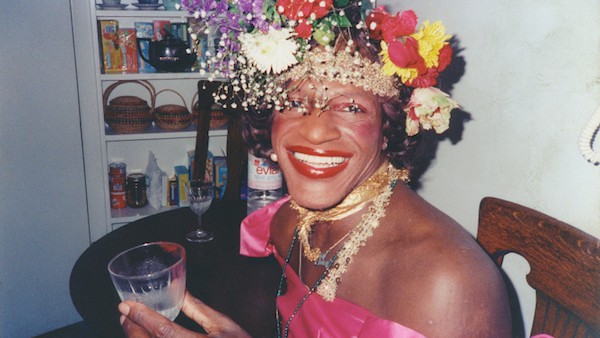 Fed up with police mistreatment, the patrons fought back. Riots lasted days. Among those at the forefront of the movement were trans women Marsha P. Johnson and Sylvia Rivera. The two friends would go on to co-found the Street Transvestite Action Revolutionaries to support trans, queer and homeless youth.

Out of the conflict, groups like the Gay Liberation Front and Gay Activists Alliance took a more aggressive tact toward fighting for social justice. Even embracing the word “gay” was seen as a more direct approach than previous organization like the Mattachine Society.

One year after the Stonewall uprising, Christopher Street Liberation Day and subsequent Gay Pride marches honored the bravery of the Stonewall patrons and set the stage for half a century of LGBTQI+ Pride to come.

This is just a taste of the rich queer history of the 1960s. What were some key moments and important memories we missed? Leave your impressions of the LGBTQ ’60s in the comments below…