MORE KHASHOGGI. Lindsey Graham feels used by the Saudi prince. “I never felt more used in my life. I introduced him when he was in Washington. I find it impossible to believe that the crown prince was not involved, so go after him and his inner circle. Save the alliance. I don’t mind military sales but I cannot do business with the current leadership. MBS — he’s done to me.”

STONE DENIES. Statement: “Today’s Washington Post contains one of the shoddiest pieces of reporting that I have seen my 40 years in American Politics.”

MUELLER PROBE. Russian national charged with effort to manipulate voters in the 2016 and 2018 elections: “Elena Alekseevna Khusyaynova, 44, of St. Petersburg, Russia, is charged with conspiracy to defraud the United States for managing the financing of the social media troll operation that included the Internet Research Agency, which special counsel Robert Mueller’s investigators charged with crimes earlier this year.”

MIDTERMS. Senate battle looking worse for Democrats: “The battle for control of the Senate is looking worse and worse for Democrats, who just a month ago saw a path to the majority but now increasingly look like they could lose more seats and have a smaller minority next year.Republicans have seen a bump in the polls in several key races since Labor Day. They believe momentum has flipped to their party since the fight over Supreme Court Justice Brett Kavanaugh polarized the electorate, hurting Democrats running for reelection in states where President Trump is popular.”

POINTING THE FINGER. Trump plans to blame House Speaker Paul Ryan and Senate Majority Leader Mitch McConnell if Dems gain: ‘According to one person with knowledge of these talks, Trump has said of Ryan and McConnell: “These are their elections … and if they screw it up, it’s not my fault.”’ 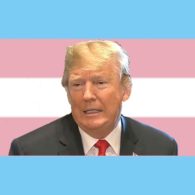 GAY BOWL. Honolulu wins bid to host gay flag football championship: “More than 1,200 players are expected to turn out for the annual gay flag football tournament, which will mark its 20th anniversary here in the islands.”

CAMPAIGN SONG OF THE DAY. I Believe We Will from Ammar Campa-Naijar. “It has been an amazing journey we have traveled together over the last two years. We have learned together, cried together, laughed together and fought side by side together. Will November 6th be the day that CA-50 is returned to the people? Will our country choose love and equality over hate and fear? I believe we will.”

Big news! @jason_mraz came in to our studio while we were recording our campaign song “I Believe We Will”

Recorded a fight song for our campaign for America! Please listen and share. #IBelieveWeWill 🇺🇸

I’m on vocals, written by @PeterHBolland, and recorded by @Jeffberkleysays. Turn it up! #CA50

ELITE. Netflix has renewed the show for Season 2.

#Elite has been renewed for for Season 2! pic.twitter.com/8Z928ta1GY

TUMBLE OF THE DAY. Paula Abdul fell off the stage at her concert in Biloxi, Mississippi. “She did not seem hurt at the time of the fall and still finished like a champ,” the fan who posted the video, known as Lolli 312, told PEOPLE of the incident. “She stated she was a dancer, and falls and drops she has gotten used to over the years.”

GIRL CHAT OF THE DAY. Pickles.