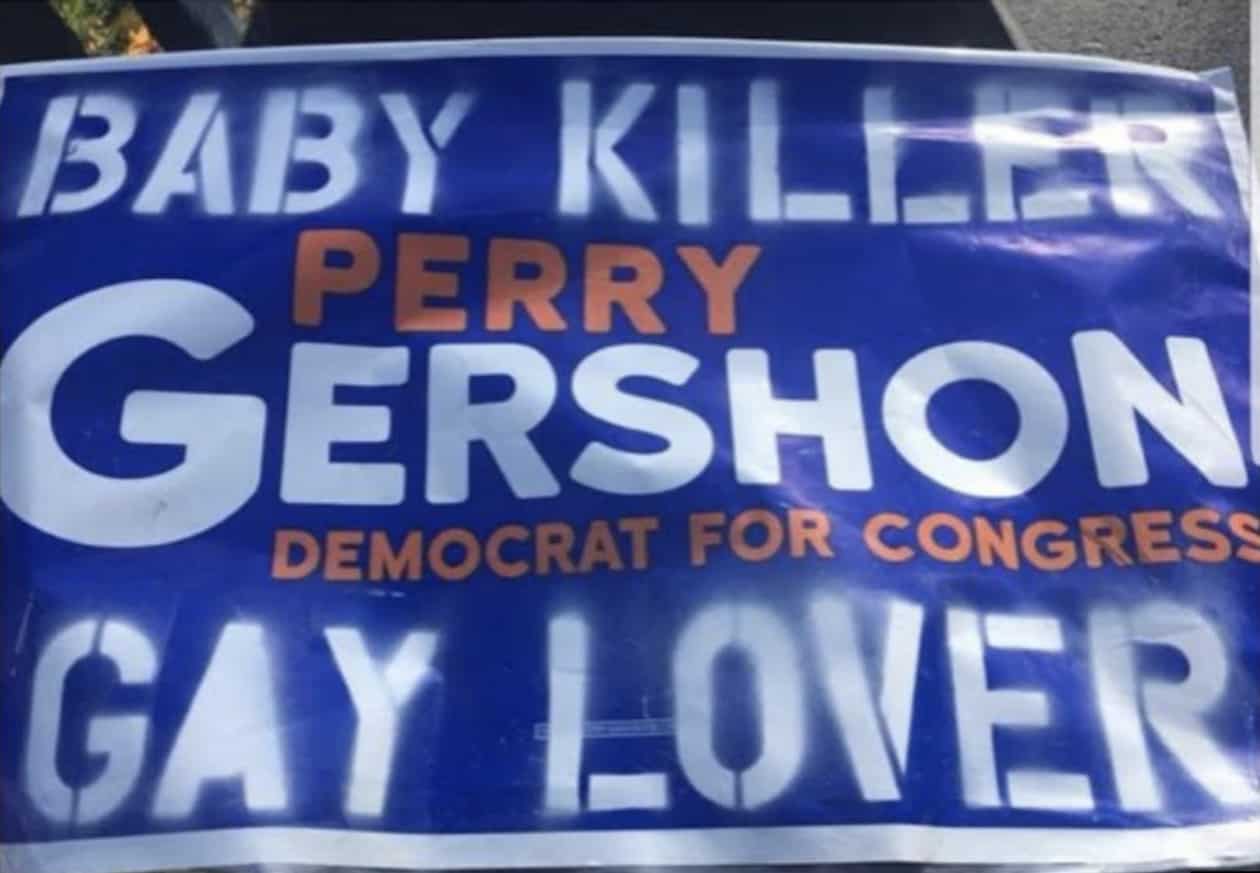 Dozens of signs for Perry Gershon, the Democratic candidate for Congress in New York‘s 1st District of Suffolk, Long Island, noticed appoximately 50 of his campaign yard signs had gone missing. They later returned, defaced with the words “GAY LOVER” and “BABY KILLER”

Gershon told WNYC: “The first thing I did was call my campaign manager and my son and another person who I knew lived nearby where the signs were reported and told them to go remove them. But then I learned within the hour that they were more plentiful than I had realized.”

News12 reports: ‘Gershon’s opponent, Republican incumbent Lee Zeldin, denounced the defaced signs, and says his campaign has nothing to do with them. “No matter who it is, they need to knock it off. It’s not helpful. It doesn’t help either campaign you’re trying to help,” says Zeldin. The two candidates agree that this situation is indicative of the political climate right now, not just in this congressional district or on Long Island, but across the country.’

News 12 reported on the hate vandalism: