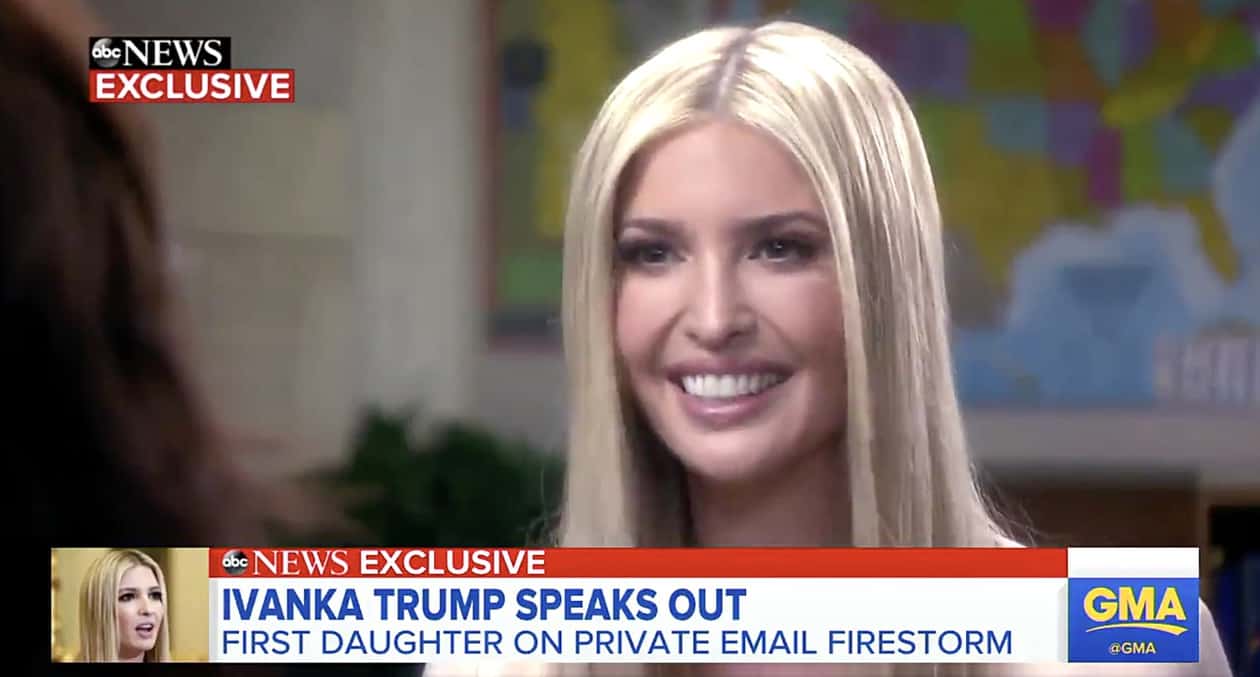 Ivanka Trump said “there really is no equivalency” between the official government emails she made from a private account and those made by Hillary Clinton.

Replied Roberts: “Your father hammered Hillary Clinton on this, said that it was criminal, she should be locked up.”

Said Trump: “In my case all of my emails are on the White House server. There’s no intent to circumvent and there were mass deletions [by Hillary Clinton] after a subpoena was issued. My emails have not been deleted, nor was there anything of substance, nothing confidential that was within them. So there’s no connection between the two things.”

Asked Roberts: “So the idea of lock her up doesn’t apply to you?”

.@IvankaTrump to @DebRobertsABC on her use of personal email vs. Hillary Clinton's: "There just is no equivalency between the two things." https://t.co/yL3oLTXcqd pic.twitter.com/qBiTbw8BdB

Trump used her personal email to send hundreds of messages involving government business in a violation of federal rules.

The Washington Post reported: ‘The discovery alarmed some advisers to President Trump, who feared that his daughter’s prac­tices bore similarities to the personal email use of Hillary Clinton, an issue he made a focus of his 2016 campaign. He attacked his Democratic challenger as untrustworthy and dubbed her “Crooked Hillary” for using a personal email account as secretary of state. Some aides were startled by the volume of Ivanka Trump’s personal emails — and taken aback by her response when questioned about the practice. She said she was not familiar with some details of the rules, according to people with knowledge of her reaction.’