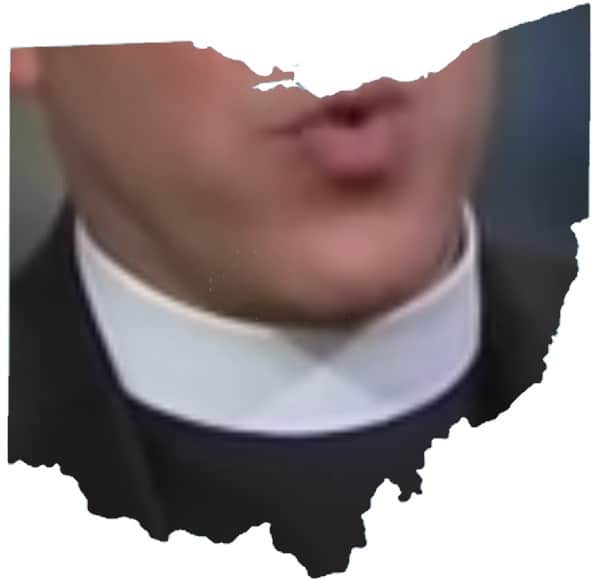 The Ohio Senate is now considering a “Pastor Protection Act” that would shield clergy from having to perform same-sex marriages.

The Ohio House passed the legislation in June.

The ACLU has spoken out against the legislation: ‘The ACLU of Ohio opposes this unnecessary legislation, which may open the door for discrimination against LGBTQ people under the guise of protecting religious liberty. To be clear, religious leaders’ right to decline to perform weddings is already protected by the First Amendment and Article I of Ohio’s Constitution. Despite HB 36’s underlying implications to the contrary, pastors’ right to choose who they marry is not under attack.’

They add: ‘However, HB 36 is not merely a redundant piece of legislation that restates a well-established and unchallenged right. The bill includes dangerously vague language allowing “religious societies” to selectively determine who can use their buildings and property for marriage ceremonies, even if these facilities are commercially open to the public. This provision would seemingly allow churches and groups associated with a particular religion to deny same-sex couples access to non-worship spaces like gazebos and halls. The ACLU of Ohio strongly believes that when these church-owned spaces are advertised and open for public use, they should be made available to all members of the public….Religious freedom and LGBT rights are not incompatible. No clergy person has been forced against their will to perform a gay marriage ceremony. However, LGBT Ohioans are being denied housing, employment, and public accommodations because of who they are, and are not protected from this discrimination under Ohio law. Our legislators should focus on eliminating this unequal treatment, rather than trying to pass divisive and redundant legislation that targets a nonexistent problem.’

Previous Post: « Ivanka Trump on Her Emails: ‘Lock Her Up’ Does Not Apply to Me – WATCH
Next Post: Matthew Shepard’s Final Resting Place Deserves a Dignified Bronze Plaque – Will You Help? »